The Russian Word for Skiing

There is no leather padded eight-seater chairlift with heated seats and wind bubble. Here in Kashka Suu, there is a single two-seat wooden folding chair lift with a small chain for safety. Don’t even start looking for foot-support.

“Don’t you want to buckle up?” Kathrin asks. She works for a German humanitarian aid organization in Bishkek. I hold on to my backpack clasped and wonder what will drop down first: backpack, glove, ski or myself? That’s why I prefer not to move, not even for buckling up. At the exit, I make sure that the Kyrgyz lift attendant remembers me. I ‘m sure that one or the other Lift attendants at home still chuckle when they think of my elegant exits from the lift. I cannot get away fast enough and fall down, the backpack gets tangled on the lift. I helplessly watch it and can already see a long search in the forest. The wiry lift attendant jumps after it and in the last second he manages to untangle it. “Spasiba bolshoj!” is the only thing I can say, “Thank you very much.” 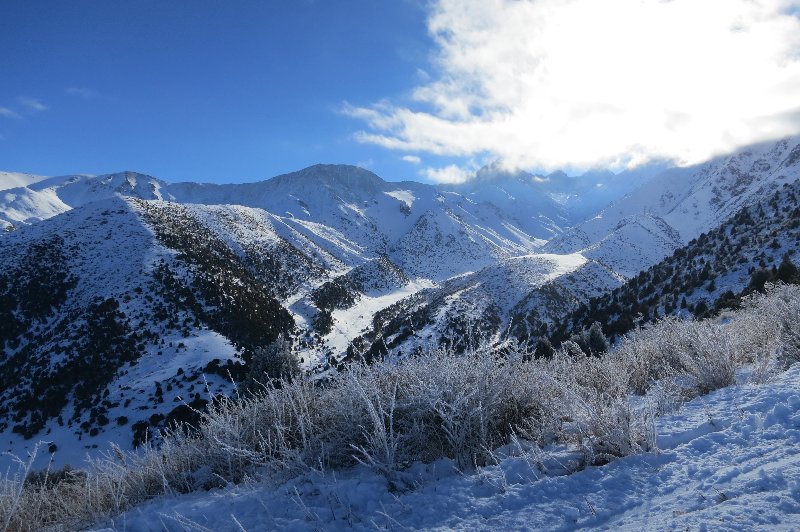 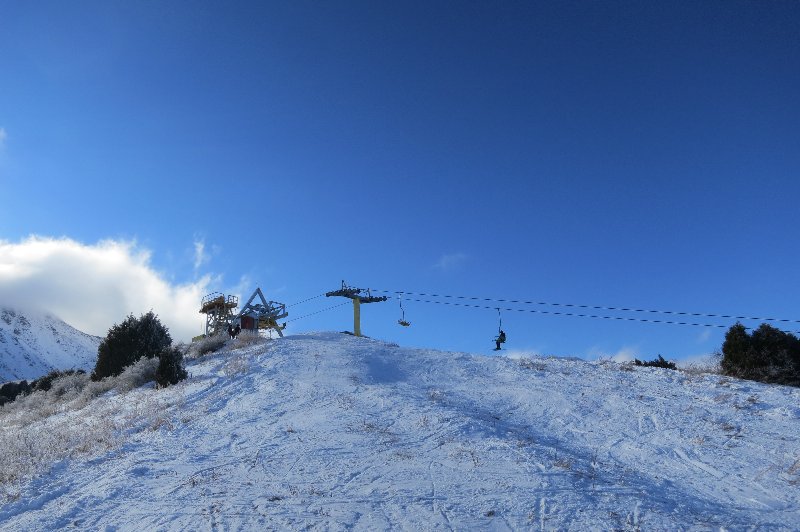 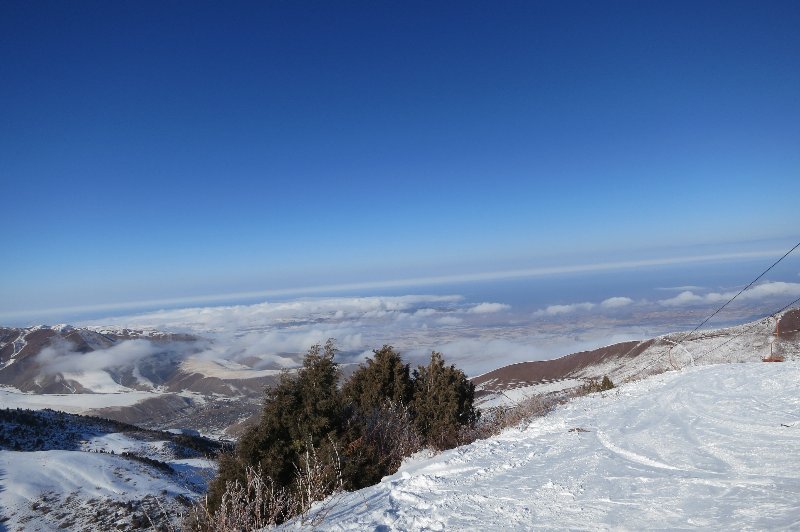 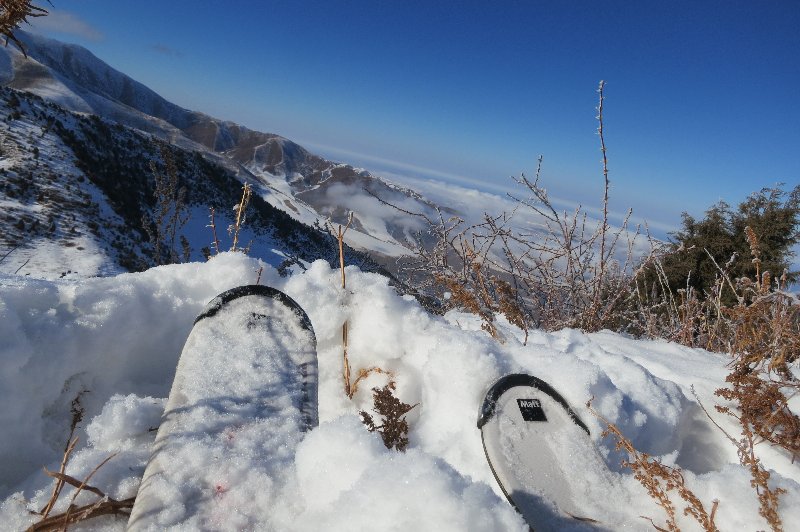 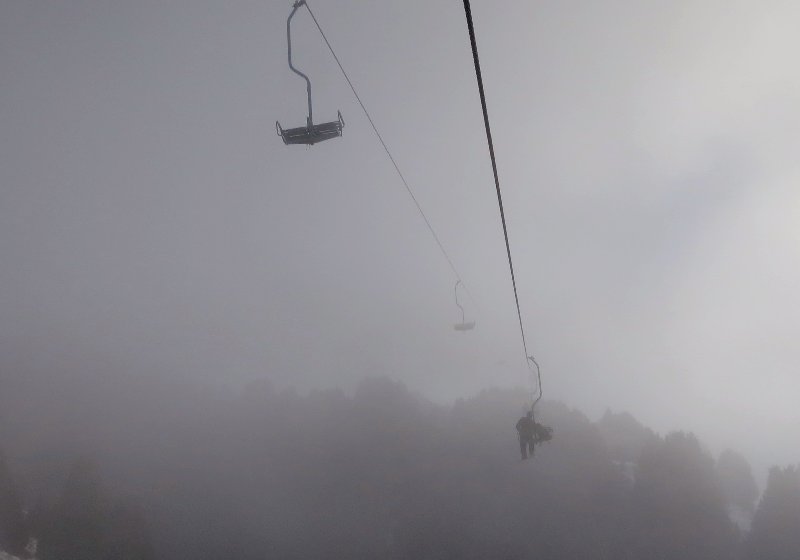 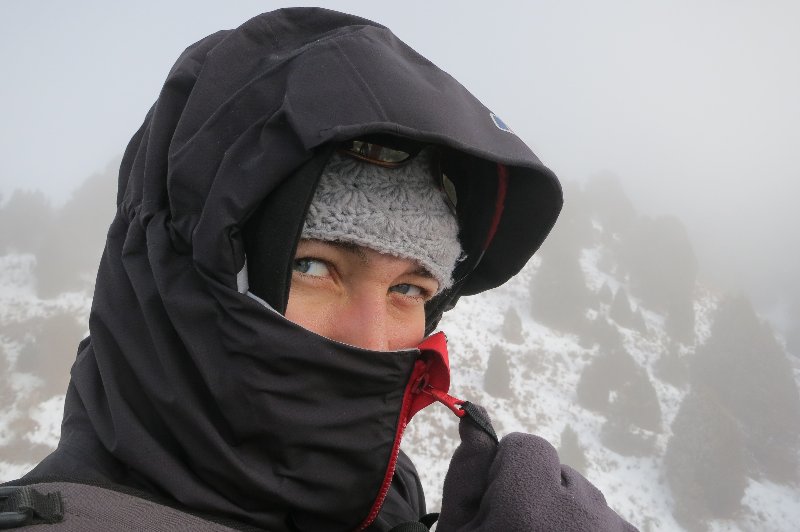 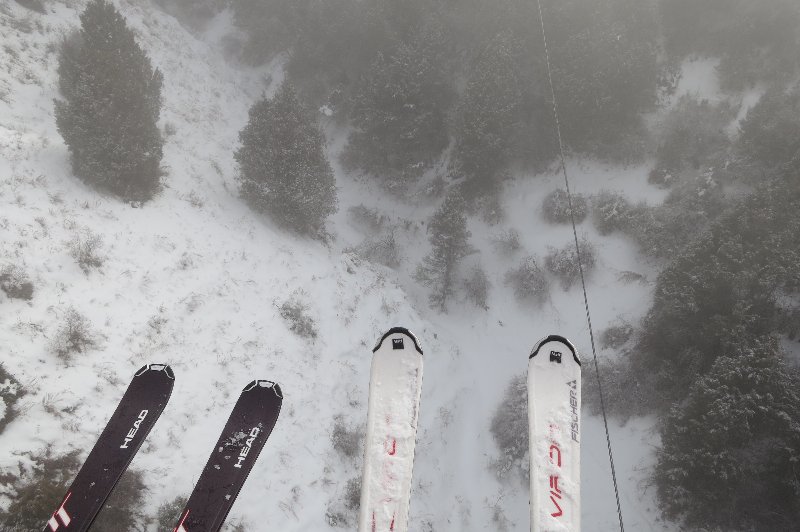 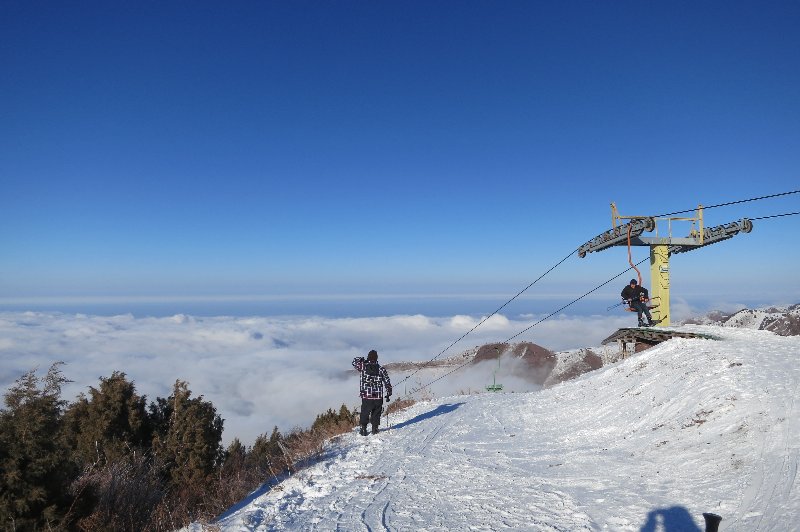 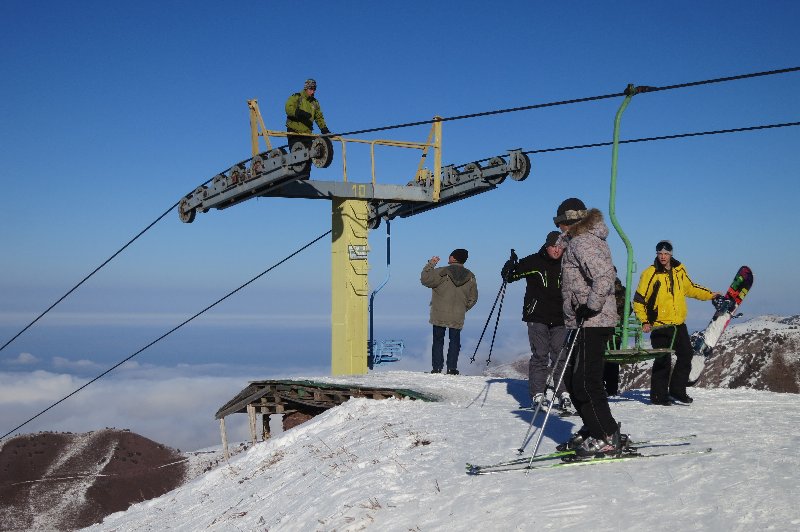 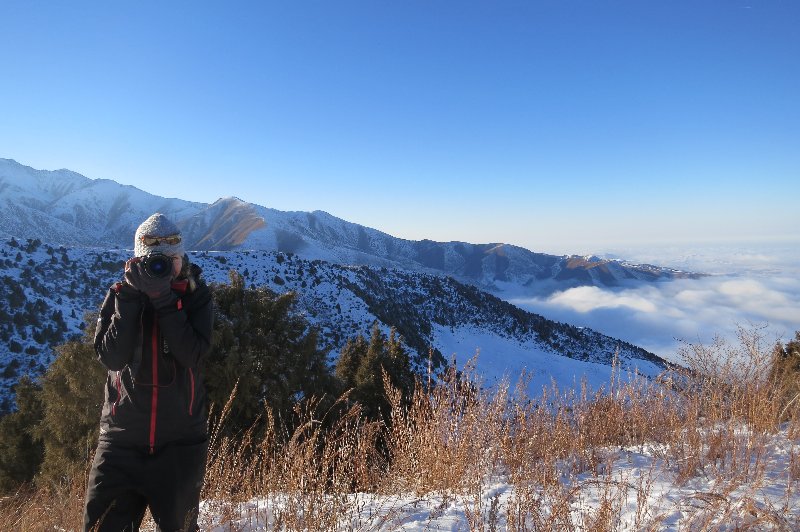 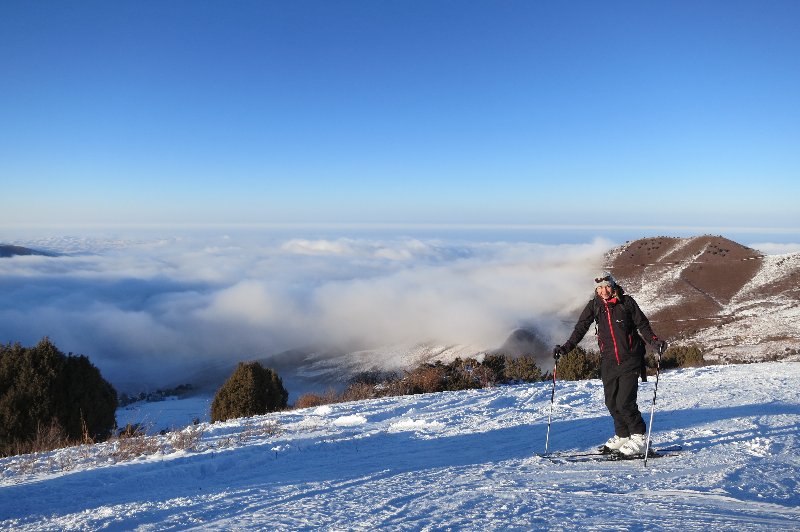 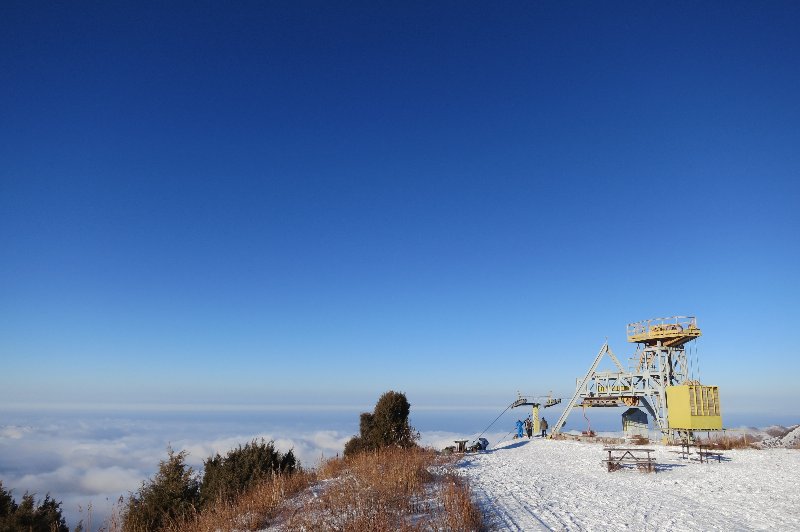 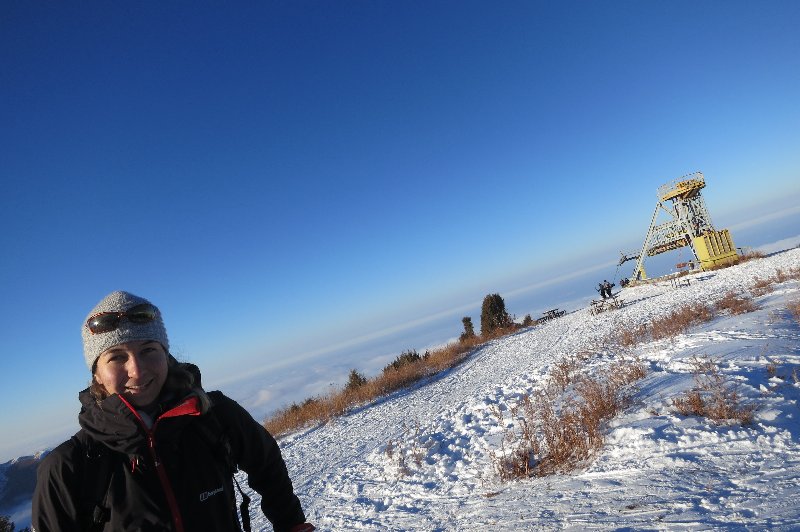 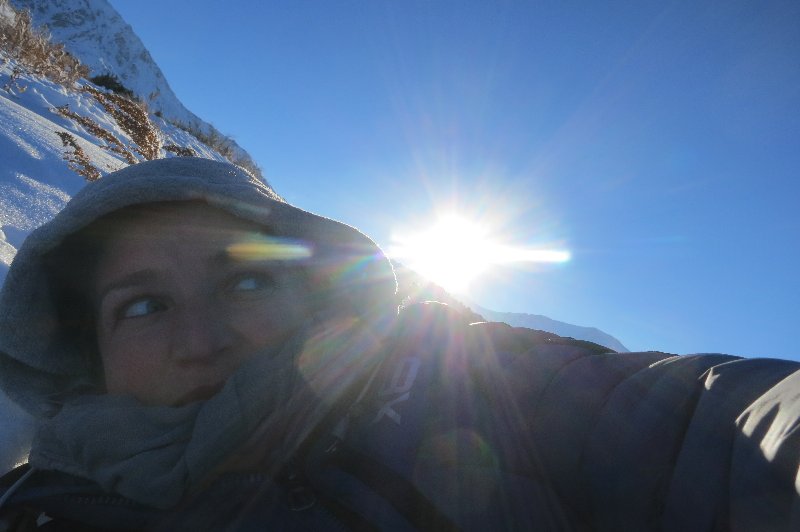 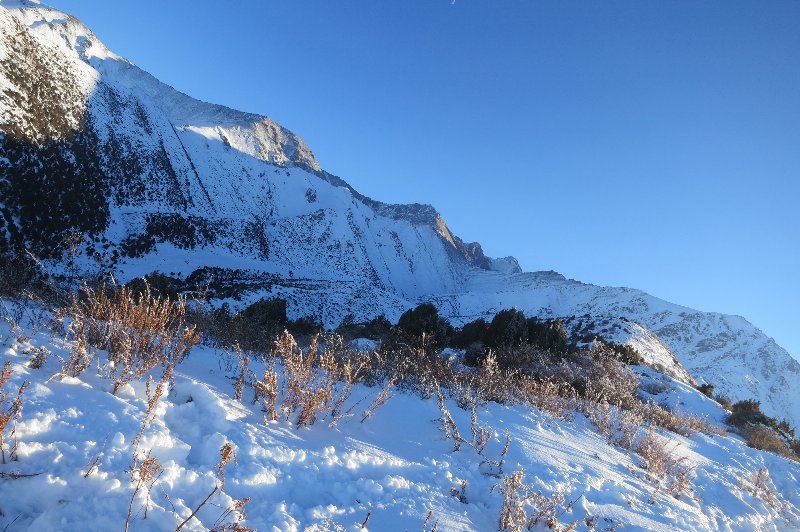 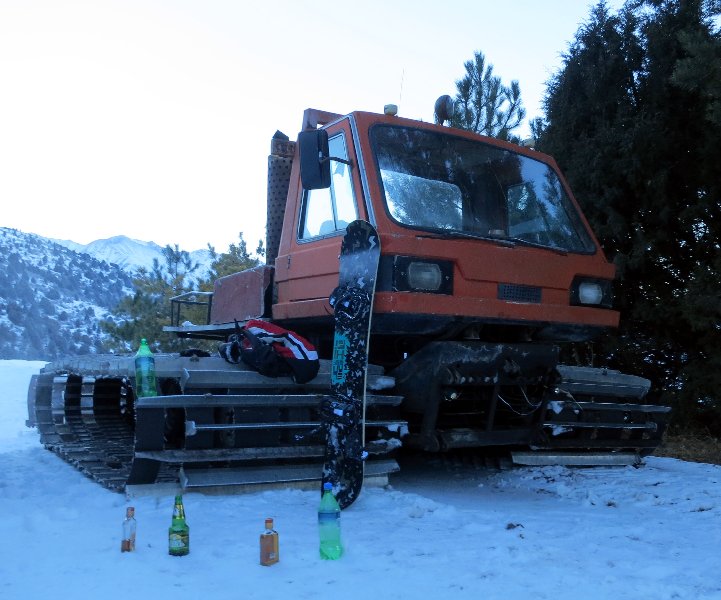 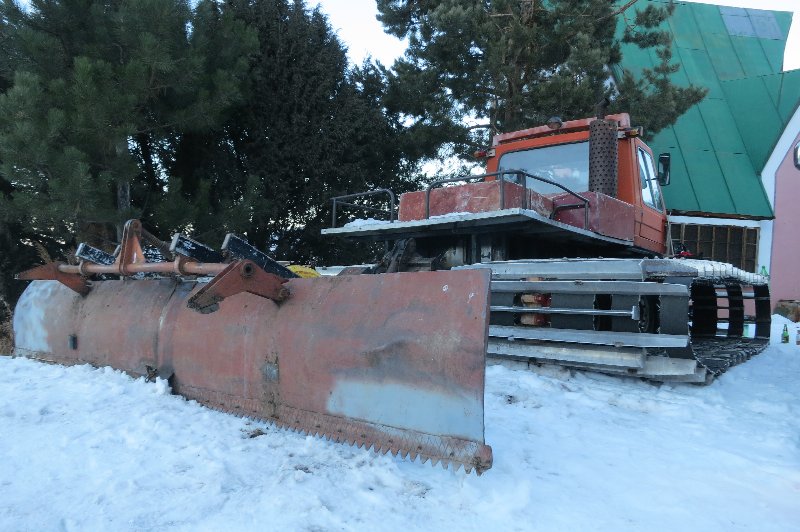 The Kashka Suu skiing area, about 40 minutes out of Bishkek, has not many slopes and currently just little snow. However, the snow suffices to deteriorate the road situation significantly. Our Kyrgyz taxi driver didn’t anticipate these problems when he was looking for the way to the skiing area. We had to drive towards Ala Archa and take a left before hittingn the National Park. Then it’s still about seven kilometers on a dirt road with serpentines. Eventually, the car’s tires start spinning  and the car slowly slides backwards – in the direction of another parked car, where the driver is trying to put on the snow chains. Helpers come running and try to prevent the impact. They manage, except for a little nudge the car gets. It’s enough and the other also slides backwards at double speed. Then there’s a chain reaction and other cars get hit. Eventually, there is a crash. Kathrin and I had gotten out before, and are now watching the scene helplessly on the side of the road. Our taxi driver tells us to go onl, he would manage the situation. Later he calls and asks if we are doing well.

Travel Info: renting equipment costs 600 Som (about 10 Euros). Now we know where European ski and snowboard equipment is spending its retirement. The shoes were only available in small sizes and the binding gets adjusted by rule of thumb. Overall, it’s a sub-optimal situation, but it’s ok. The lift pass valid from 10.00 bis 16.30 clock costs 700 Som per day. However, the lift is parked a quarter of an hour before official closing time.

Location. If we had gone three kilometers further up the mountain, we had landed in Ak-Tash, another skiing resort. It even has two lifts, more snow and is cheaper. There, lift and rental equipment would have cost altogether 500 Som, but it’s also busier.

Catering. If you need a break, you can enjoy a cup of instant coffee in a small snack at the resort. Reasonable food you should bring yourself. There are even BBQ areas, where the Russian skiers diligently turn the shish kebab .

Weather. All in all, the weather was mostly sunny. Once we had a short fog and absolutely no wind. However, if it gets windy the two-seat wooden folding chair lift might not be that much fun.

Conclusion: As the season opener and for a day trip Kashka Suu was pretty good. But if you want to ski properly, you should go straight to Karakol. The Tian Shan backcountry is supposed to be great for skiing, but touring equipment is not easy to find … to be continued .