Visiting a zoo in winter is a solitary experience. This Monday morning in January, there only few visitors. Most of the staff are busy with shoveling snow. In addition to the birds’ croaking from the aviaries, you only hear the scraping of the shovel blades on the asphalt. Many of the snow-covered enclosures are empty. A woman with her child looks for the giraffes in vain. The animals from the warm climates are locked away on this freezing cold winter day. Today, there are no elephants, zebras or giraffes. Only the hardy zoo animals can stay outside: Wolves and bears, and surprisingly, also the Tigers. 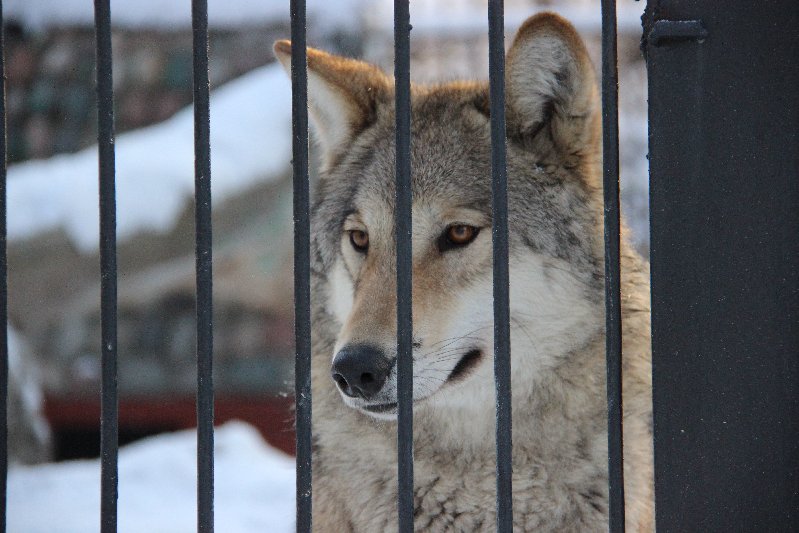 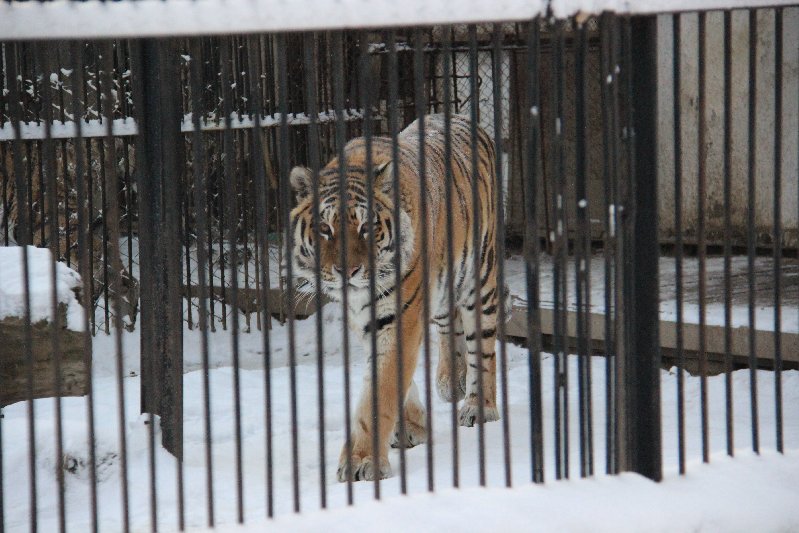 In the future, the Almaty Zoo is planning to set up a Kazakh section with only native animals. Snow leopards are also part of the fauna in Kazakhstan. Currently, there are three in the Almaty Zoo: two males, Leader and Pirate, and one female, Binal. While Binal, perfectly healthy, was flown in from a zoo in the Czech Republic, Leader and Pirate have quite a story. 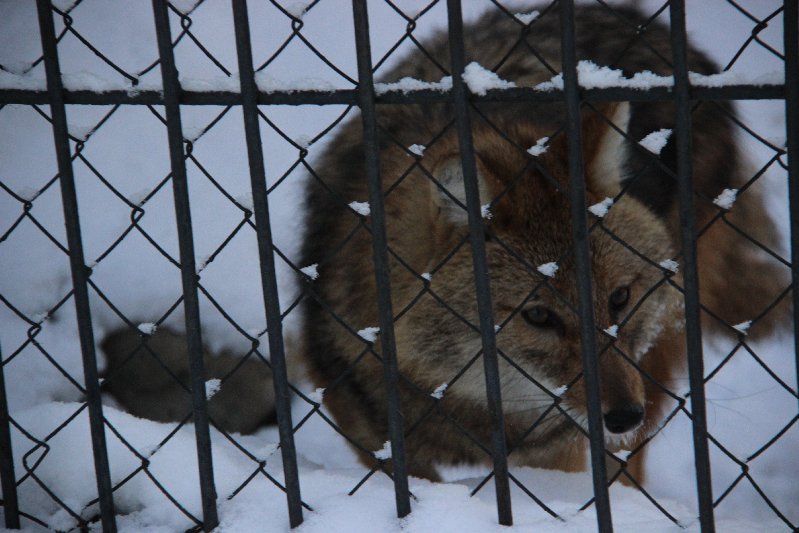 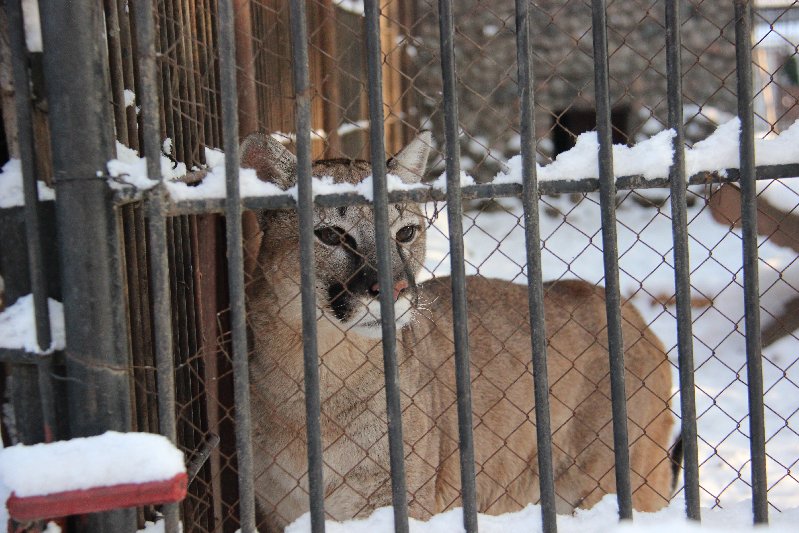 They were born in Kyrgyzstan, in the Wildlife Rehab Center of the Society for Nature Conservation Germany (NABU). Their parents are from the Tian Shan mountains. There they were rescued from poachers’ jaw traps and their paws were too mutilated to survive in the wild. In 2009 there was an accidental breeding success. Of the four pups, two were male and two were female. The two females, fit as a fiddle, still live at the rehab center today. Pirate and Leader, however, were diagnosed very early with an eye disease. 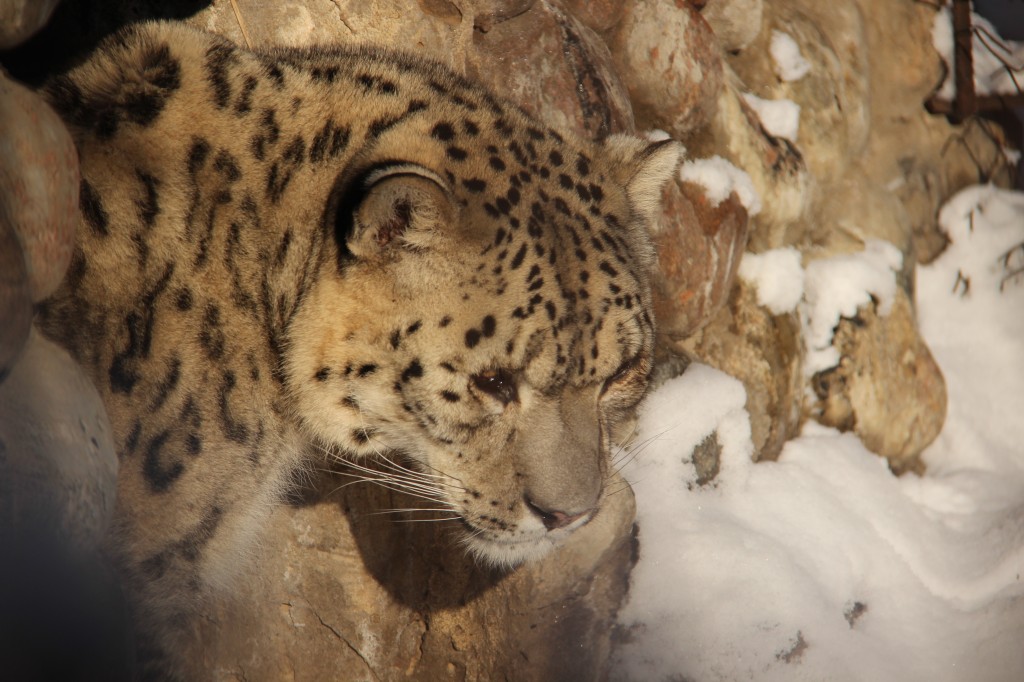 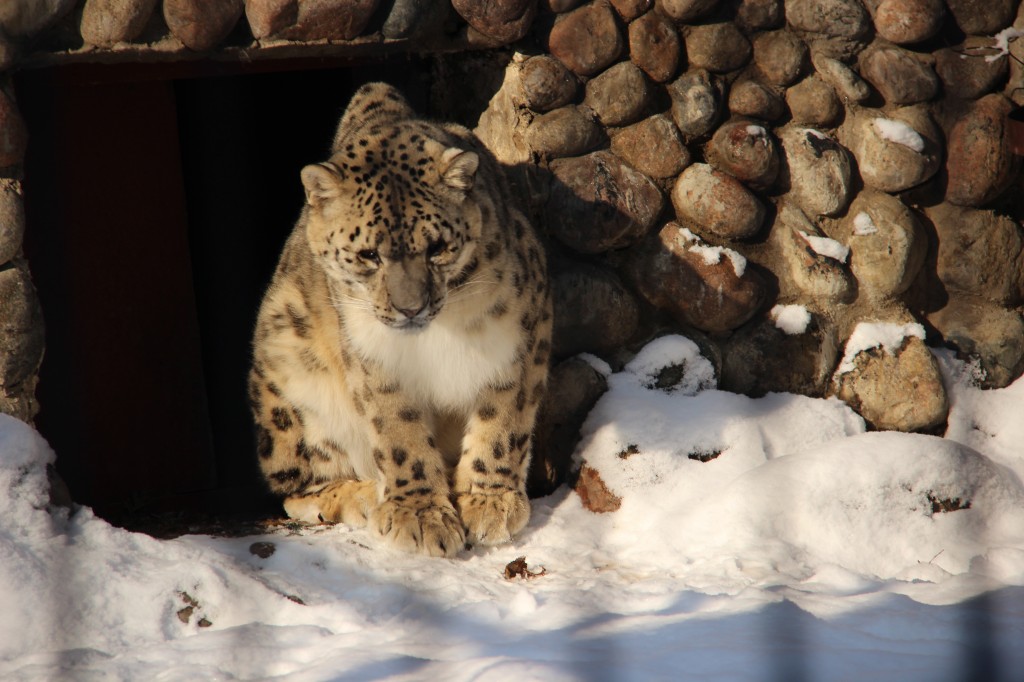 A so-called coloboma is a congenital cleft of the eye. This can affect, the lens, the iris, or, as in the two leopards, the eye lid. It looks as if the eyelid has grown over the eye. The two snow leopards were almost blind, when NABU gave them to the Almaty zoo. There they had the necessary connections to give the animals medical attention. 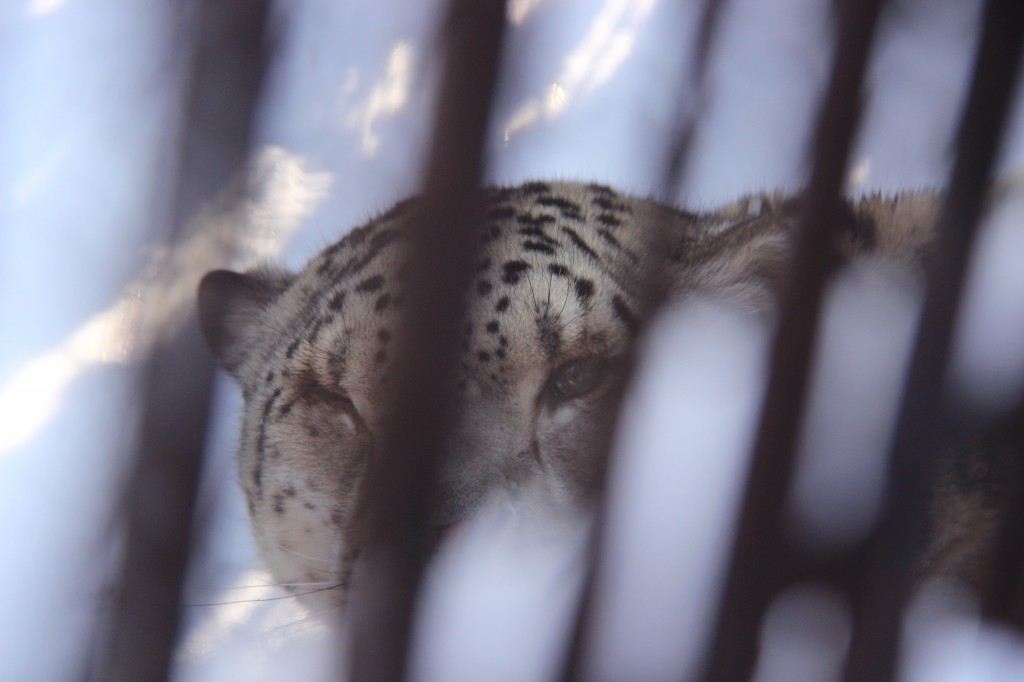 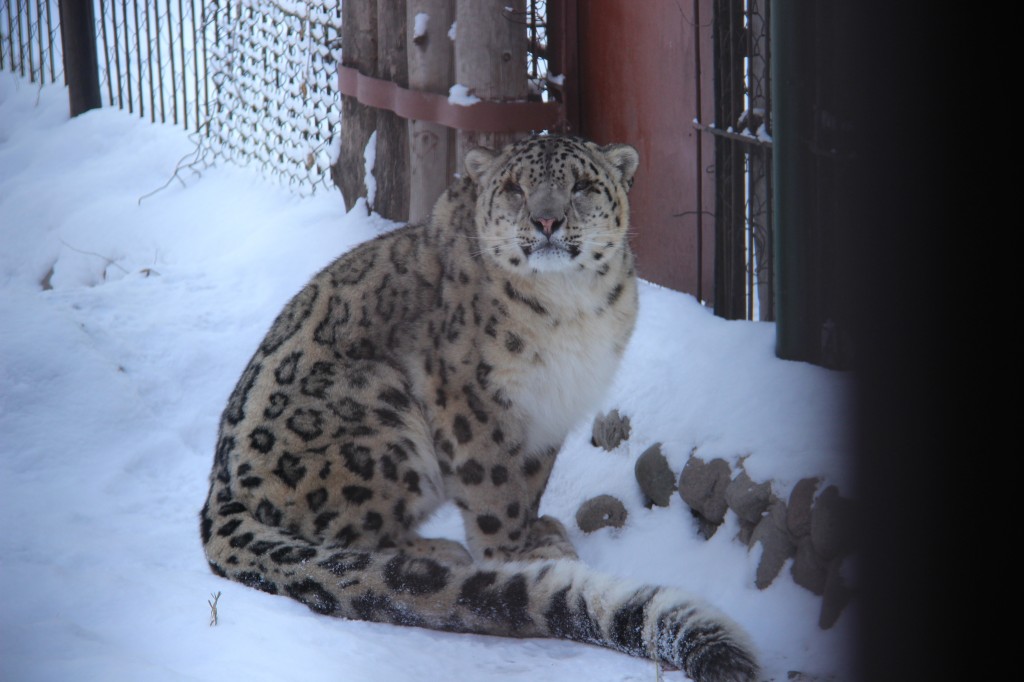 In April 2012, the Almaty Zoo asked ophthalmologist Sultankulov Banu to treat the two snow leopards. He agreed and even did the surgery for free. The procedure took almost two hours per cat. A veterinarian was also among the team as a consultant, because Banu had previously only worked on humans. The surgery was successful and the vision of the two animals could be restored to 40 percent. 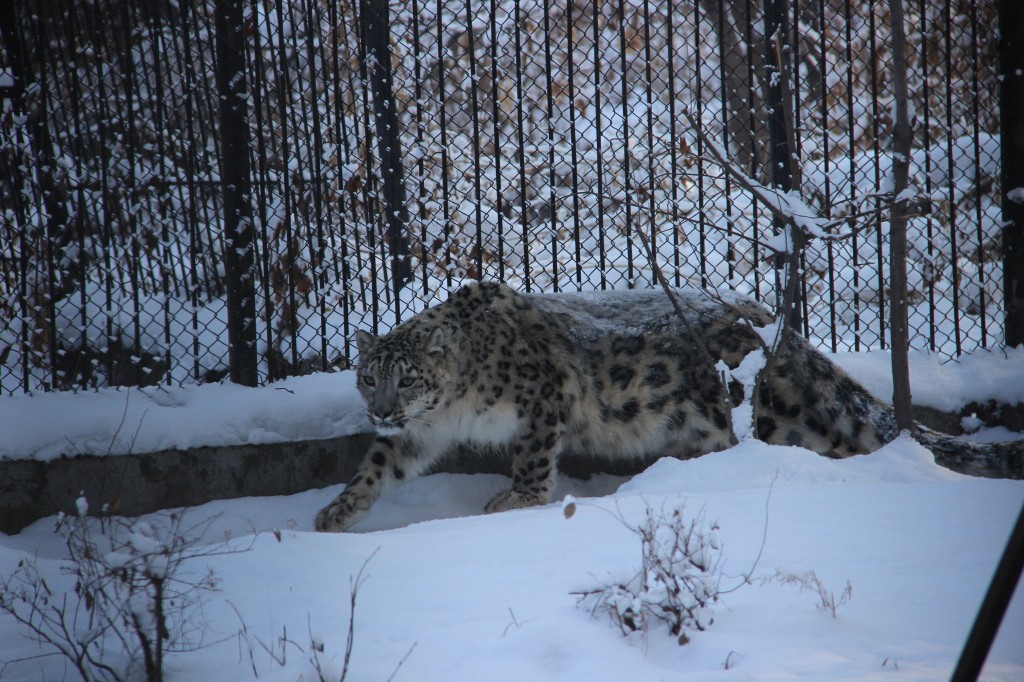 Ahmetova Zhunnat is the Head of the International Department at Almaty Zoo. She is proud of the medical success and says: “This is a very rare surgery, we succeeded in.” She adds: “Had the animals been operated earlier, we could have achieved better results.” 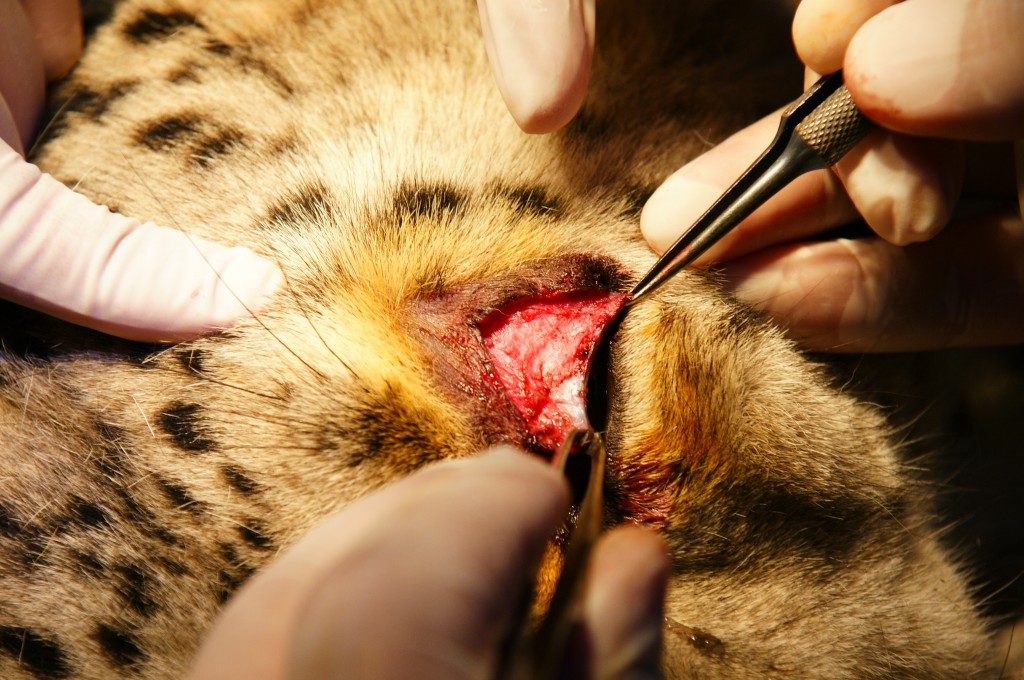 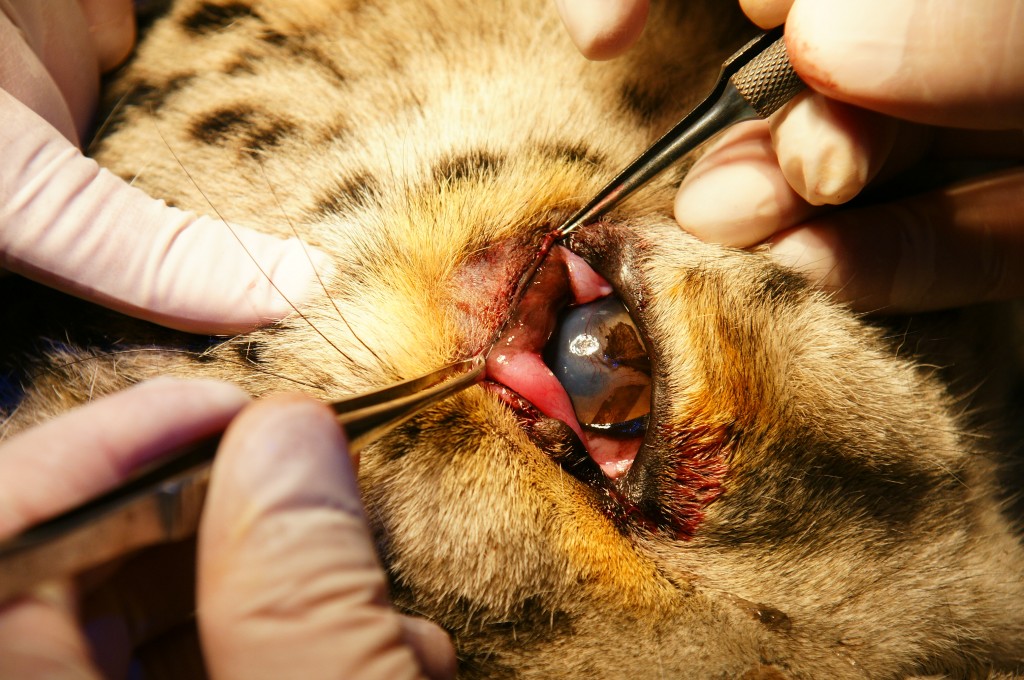 Nearly two years have passed since the surgery, and Pirate and Leader still live in the Almaty Zoo. You can tell that there is something wrong with their eyes. Their movements lack confidence and their gaze is not as alert as that of Binal. The Czech snow leopard lady sneaks like a phantom through her enclosure.  She watches people only suspiciously from a distance. In her, you can still see it, “the ghost of the mountains“. 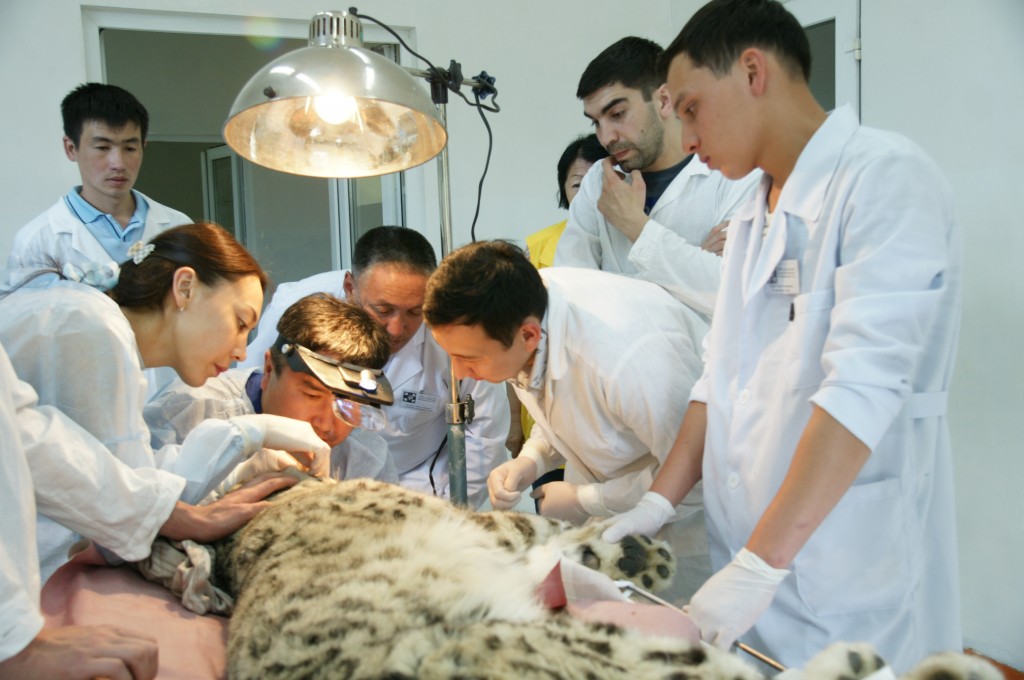 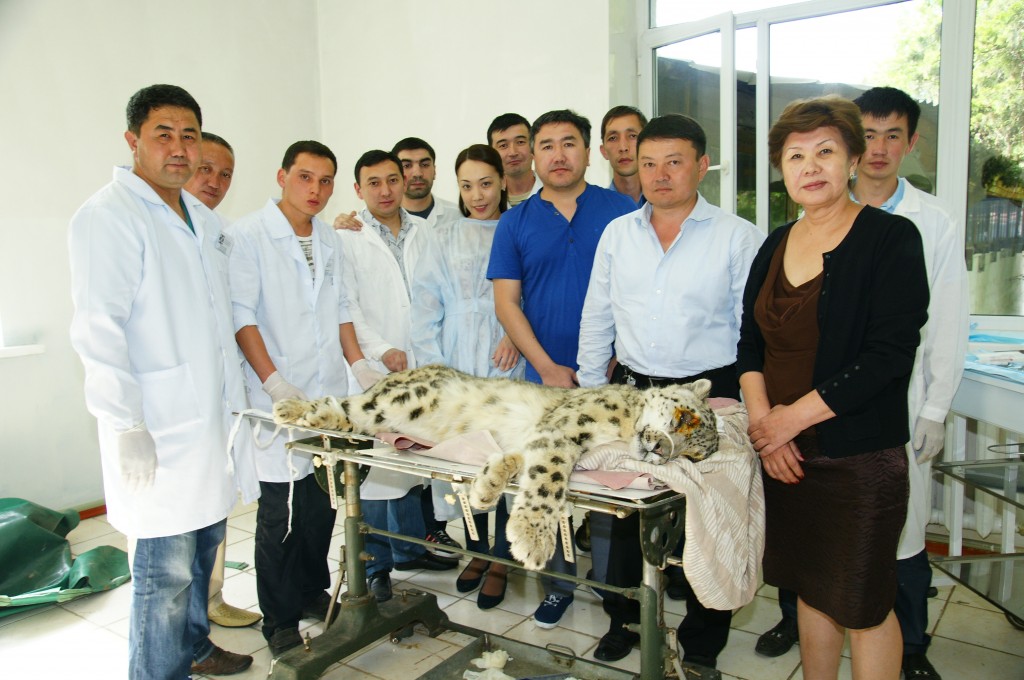 on the right: Ahmetova Zhunnat, Head of the International Department of Almaty Zoo; in the middle, dressed in blue: eye specialist Sultankulov Banu

This year, the zoo plans to attempt breeding with Leader and Binal, Pirate is sterile since birth. “To what extent the impaired vision will influence the mating, we cannot say,” explains Zhunnat. It remains to be seen, if it will be “love at first sight”.

all Photos, except for surgery photos: Lochner
The photos of the surgery were kindly made available by the Almaty Zoo.

Here is a video of a similar procedure at the Philadelphia Zoo: