At some point during my biology studies, I was interested in eco-volunteering. On the internet, I found a snow leopard monitoring project in Kyrgyzstan. “No clue where this country is,” I thought, “I should check it out.” However, it cost too much and I didn’t apply.

The idea remained. Every time, when I was fed up with the lab work, I thought – sometimes loudly – “Screw this, I go counting snow leopards in Kyrgyzstan!” Ten years later, it was time to look into this subject, not as a volunteer but as a journalist. 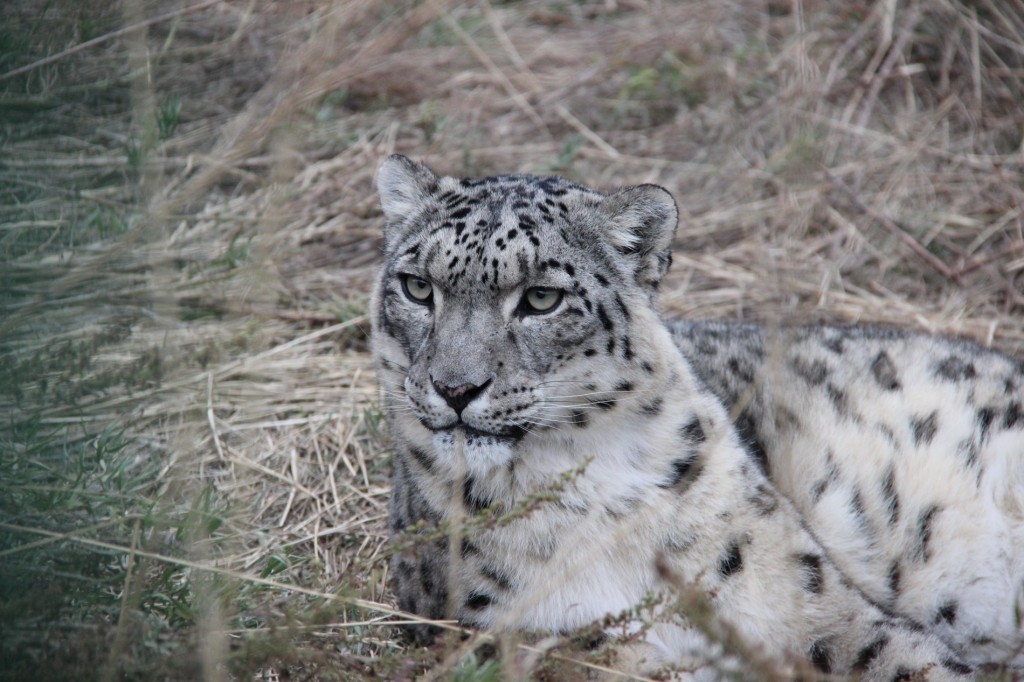 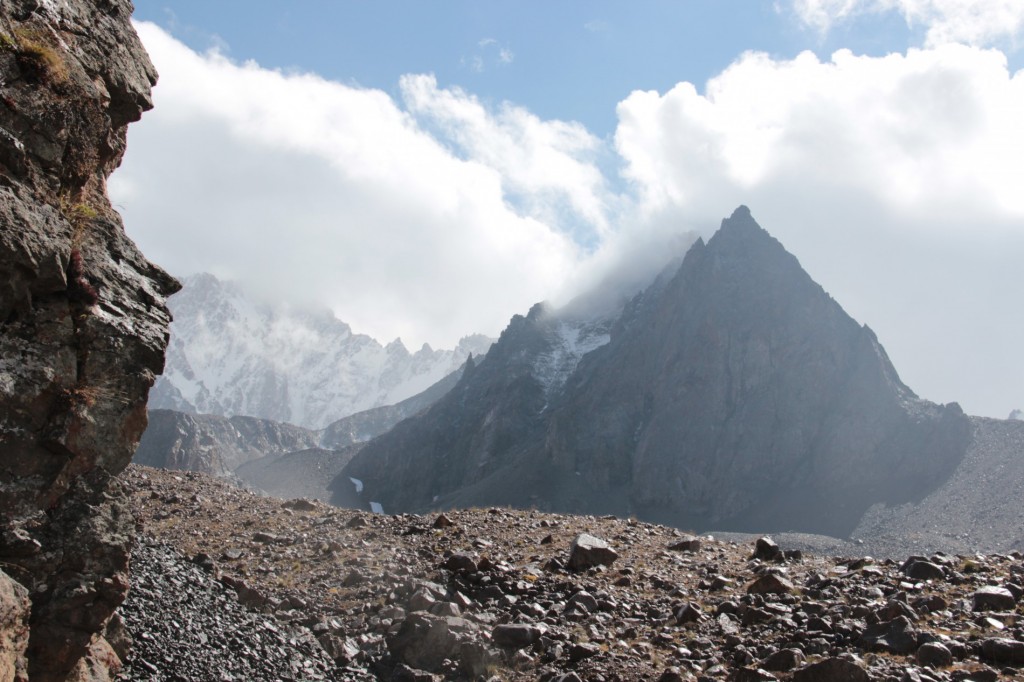 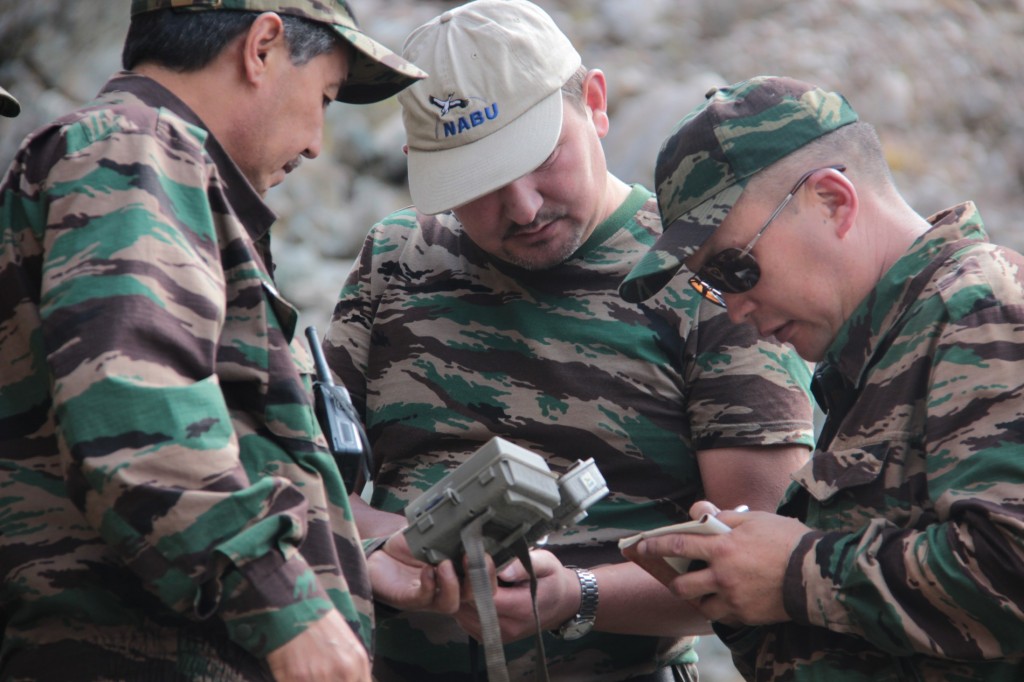 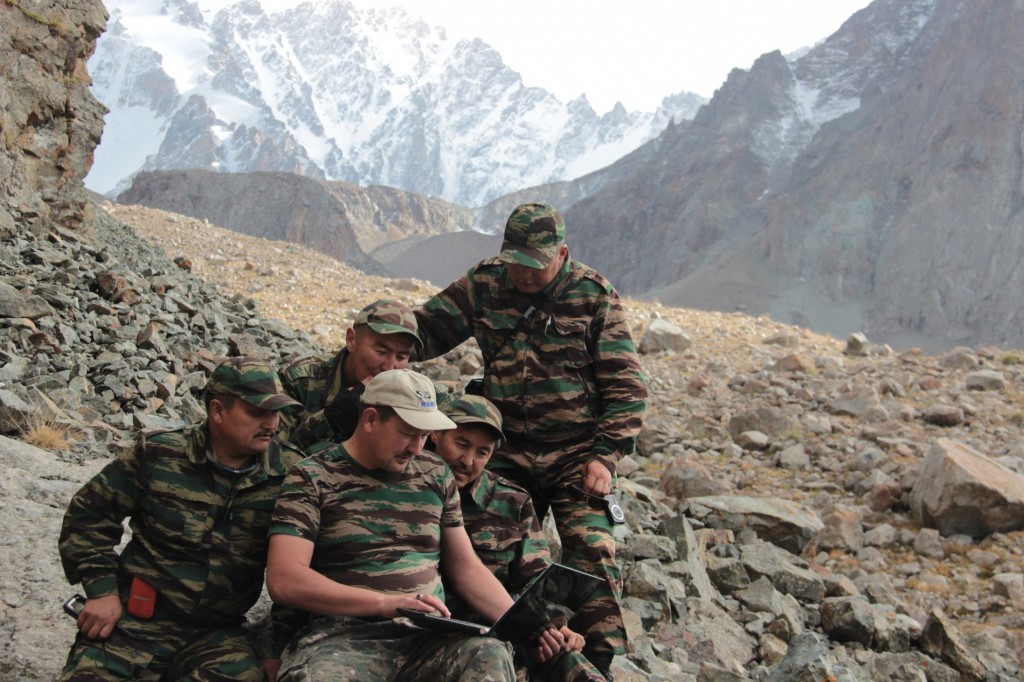 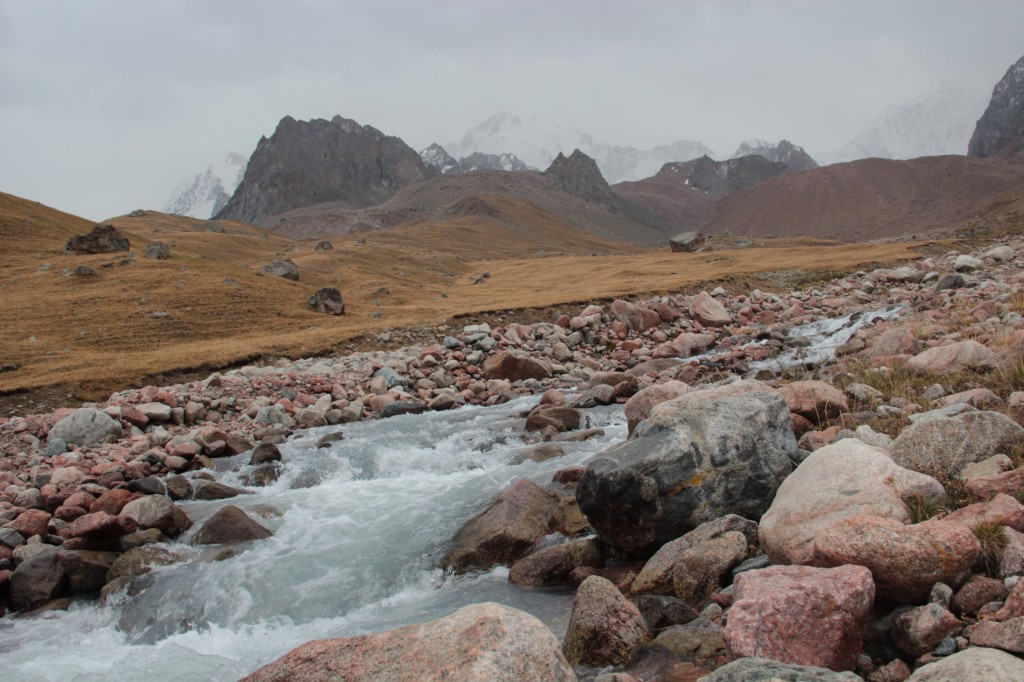 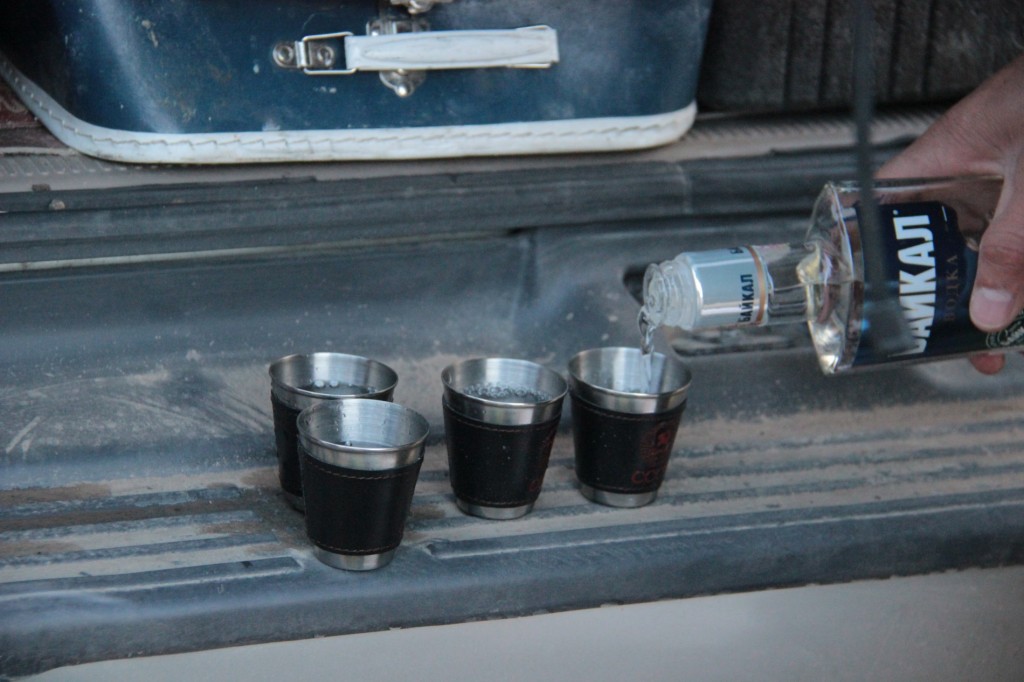 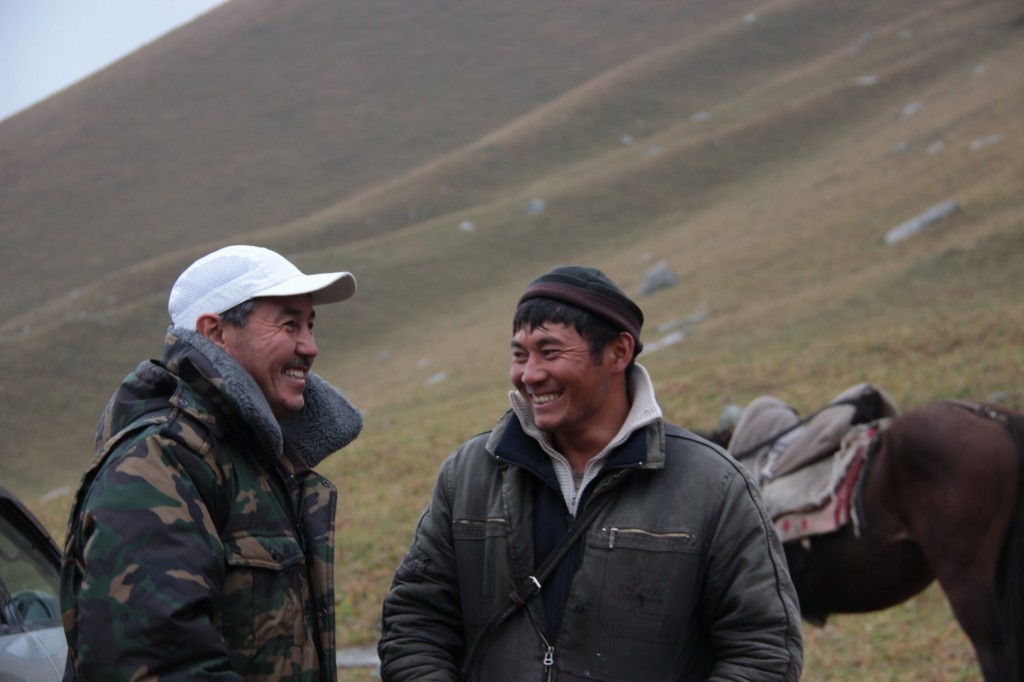 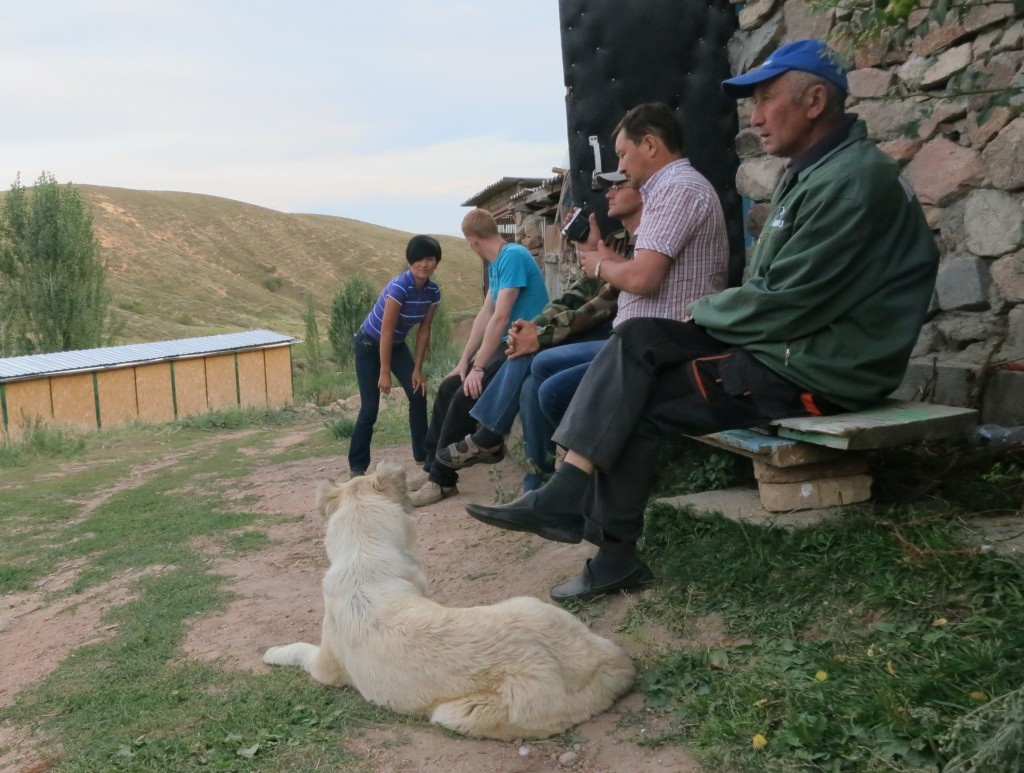 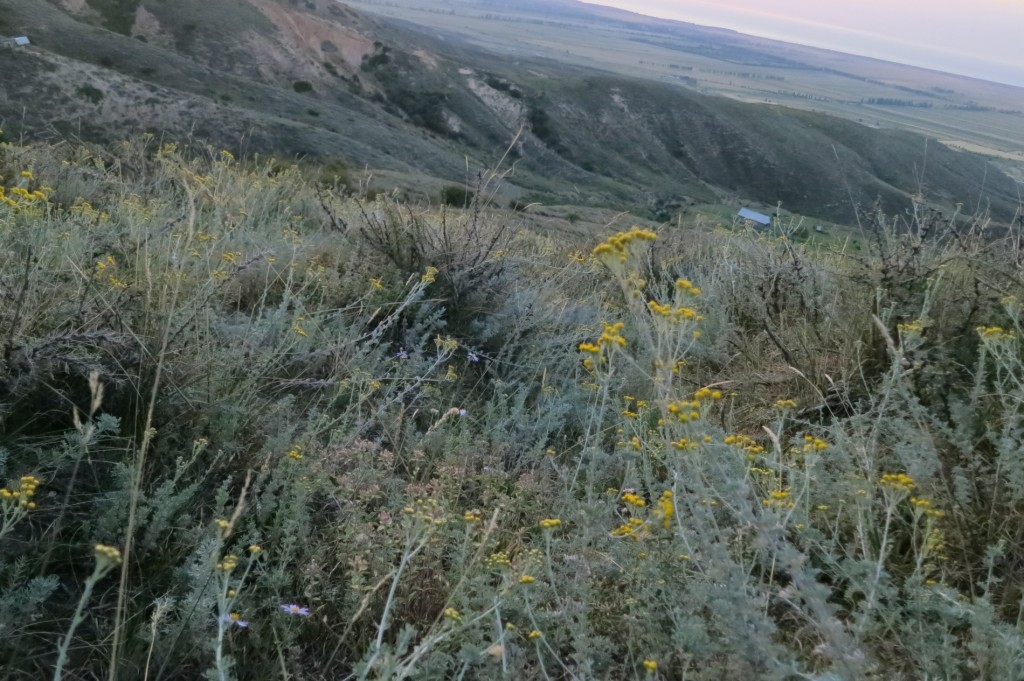 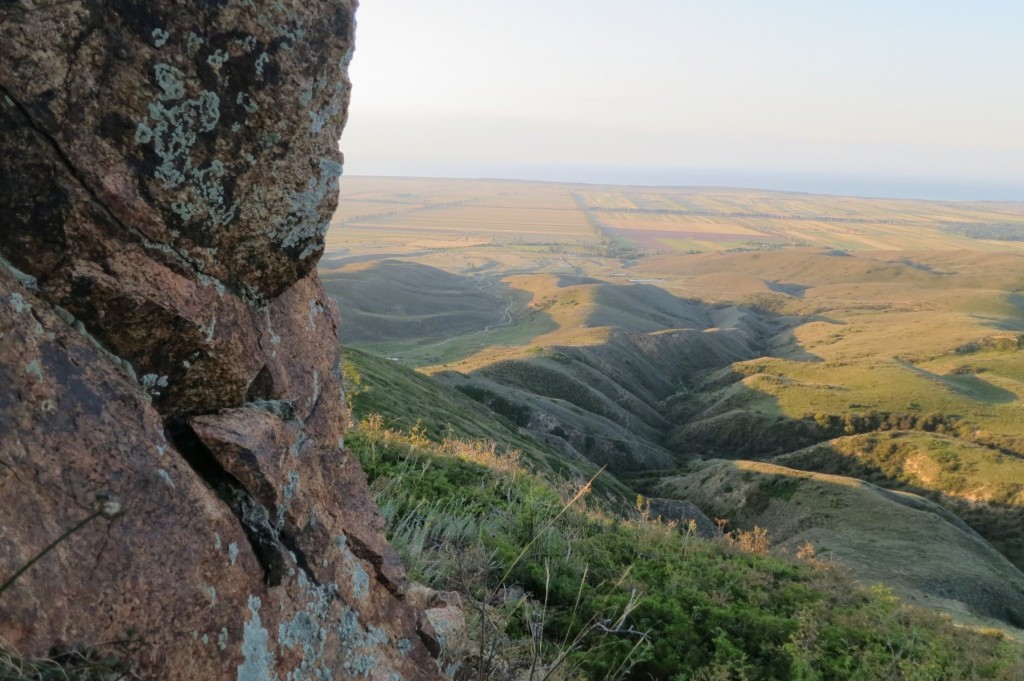 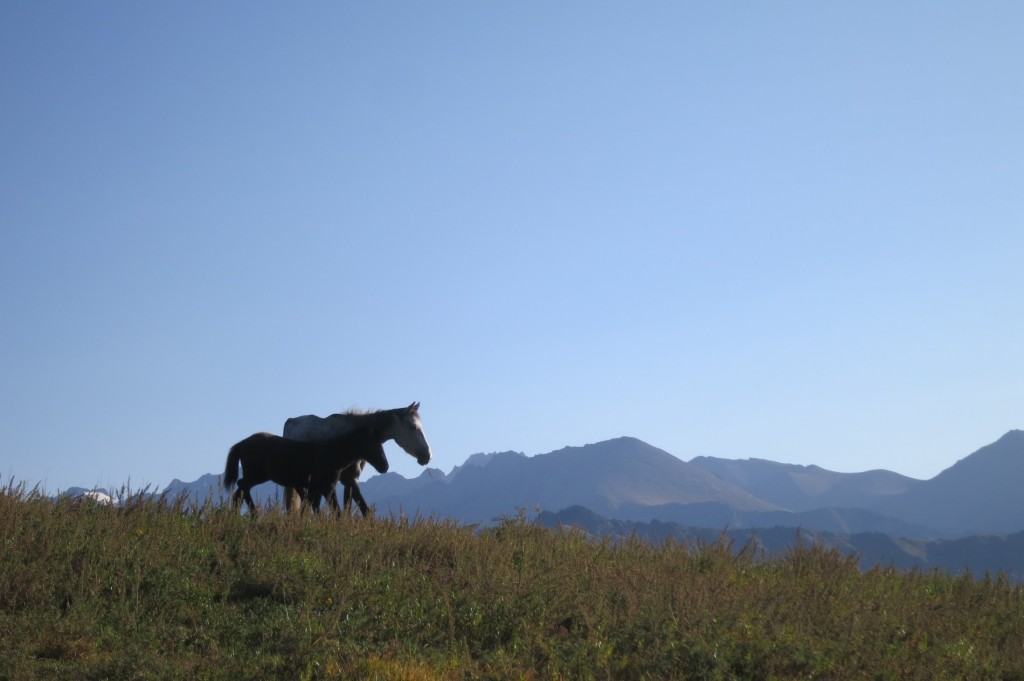 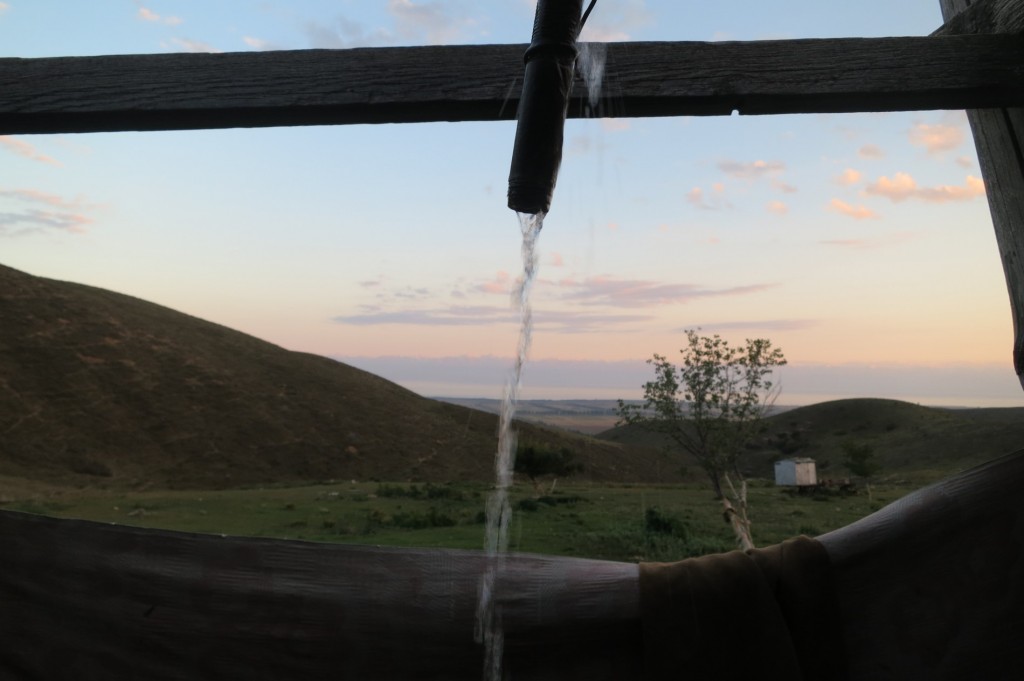 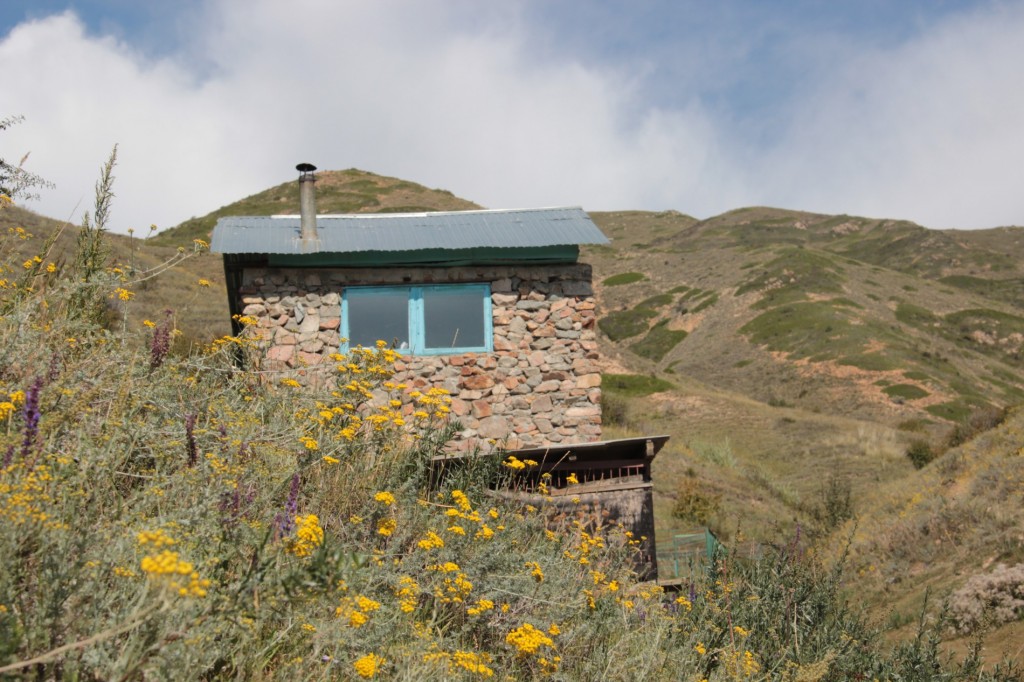 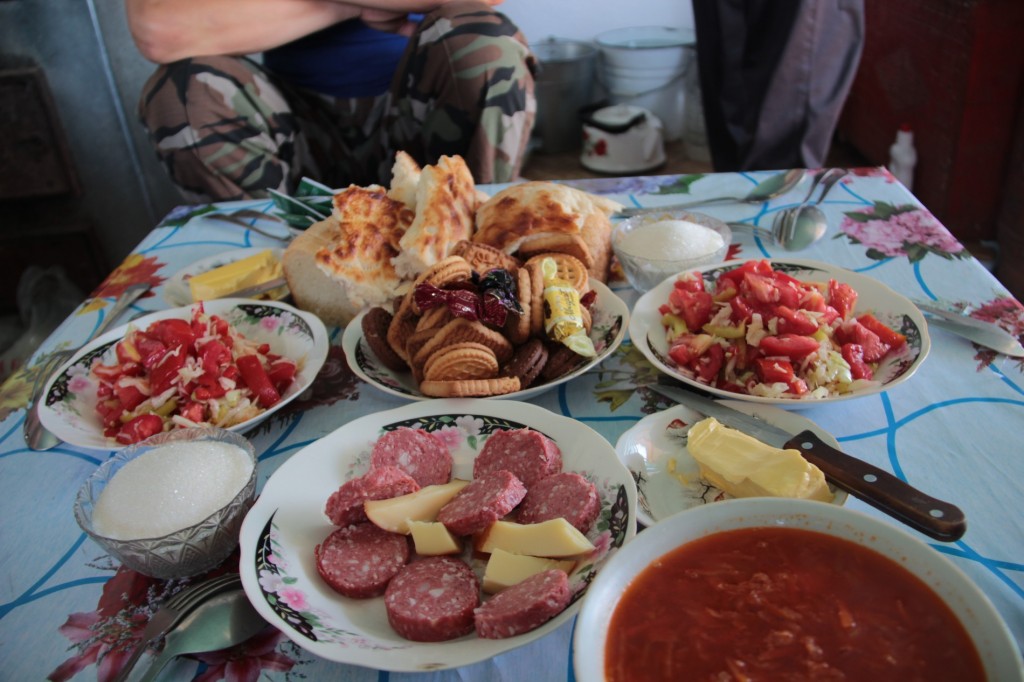 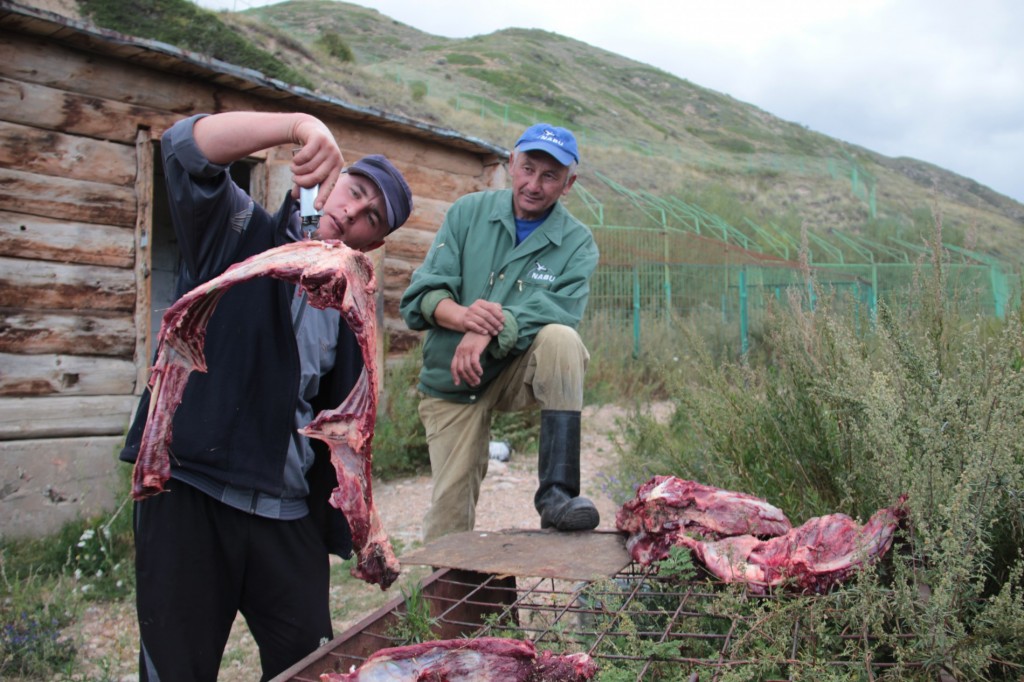 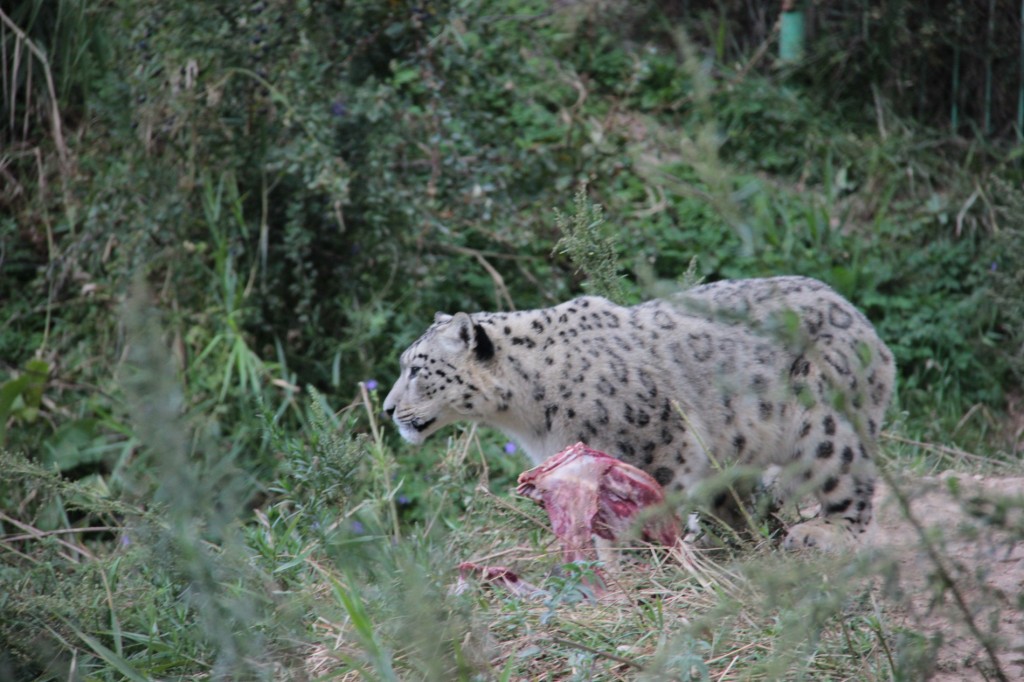 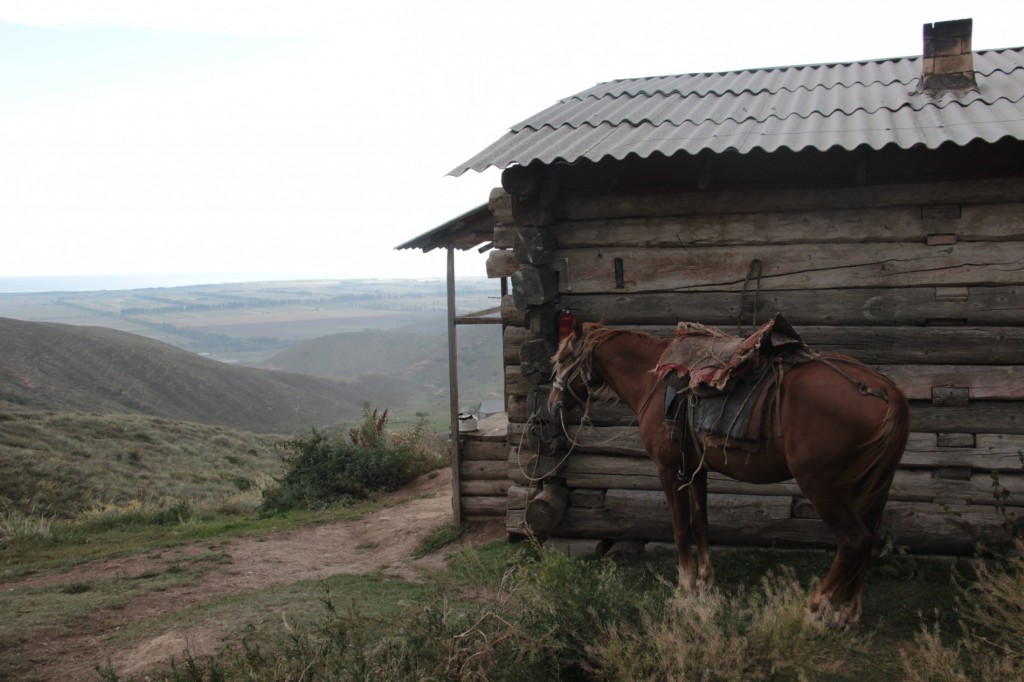 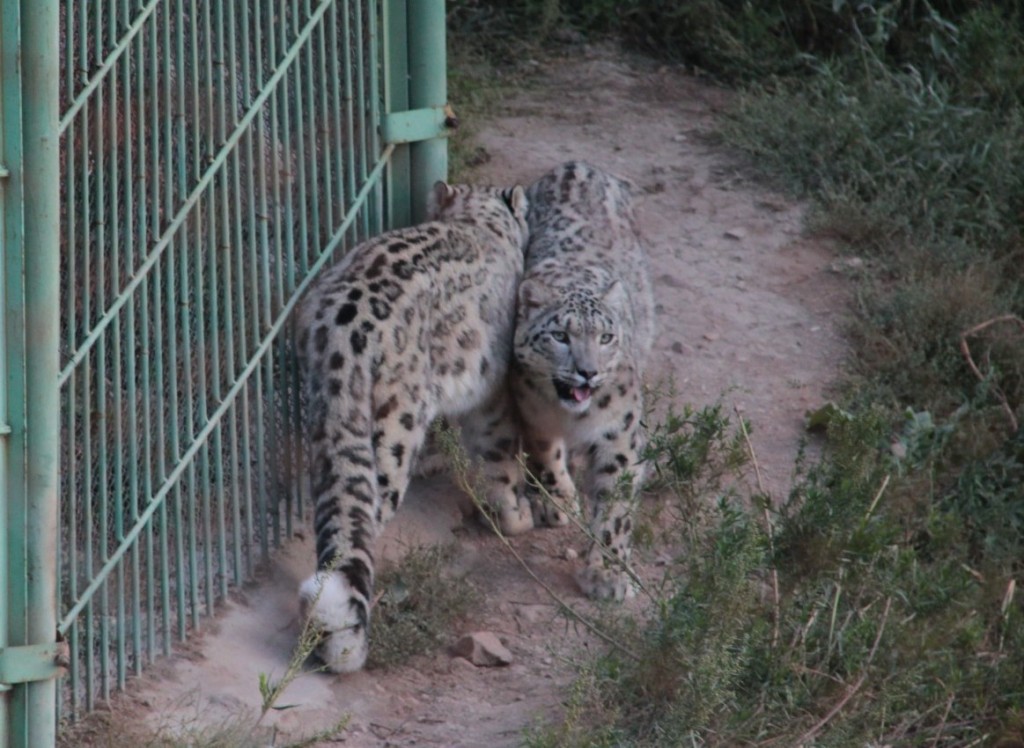 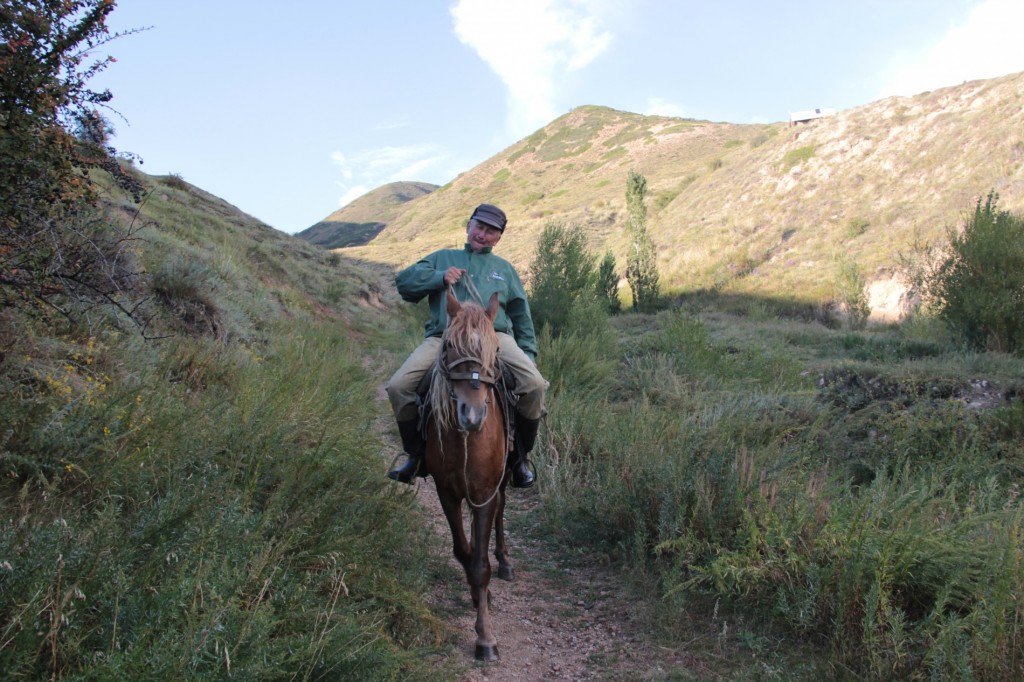 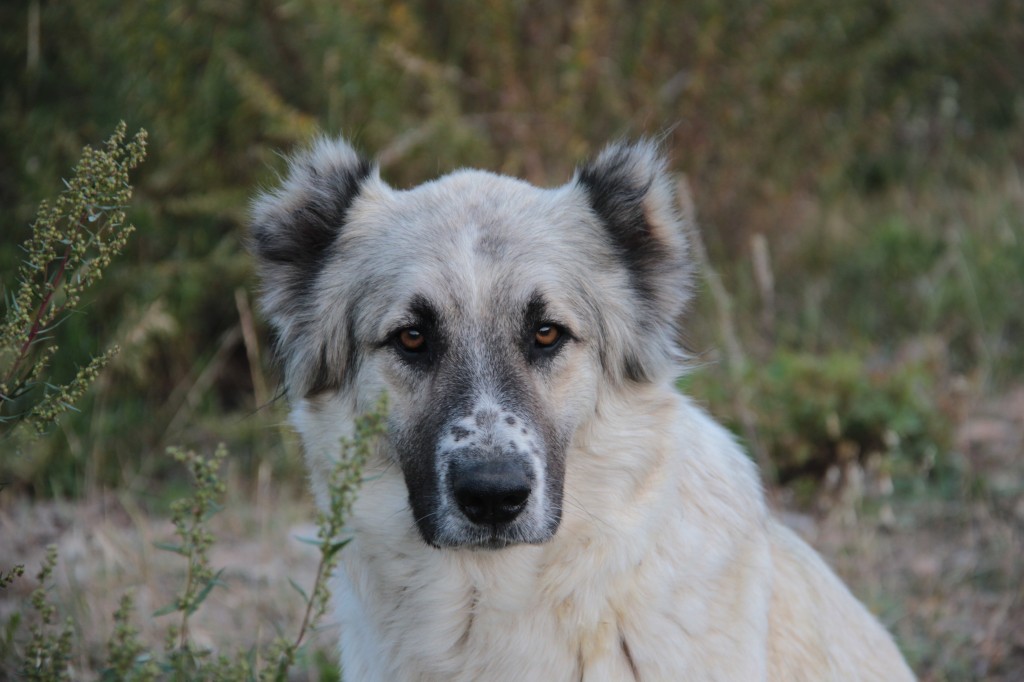 My first step was to consult Google. To my pleasant surprise, the German NGO Nature and Biodiversity Conservation Union (NABU) is quite established in Kyrgyzstan. I contacted their press office in Berlin. They hooked me up with the right people in Bishkek and so it came that I saw my first snow leopard only a few days after my arrival.

This is not a common thing. Snow leopards are about to be extinct and it is believed that in Kyrgyzstan there are only 250 animals left. The big cats live high up in the mountains and avoid open plains. Their beige-greyish fur gives them an excellent camouflage in the rocky mountain landscape. Most of the Kirghiz people haven’t seen one in their life.

I admit, I cheated. The NABU has a wild life rehab center on the north side of lake Issyk-Kul. There, five snow leopards live in a large enclosure of 7000 square meters. That’s where I saw them.

The furs used to pay up to 15000 USD on the Russian black market and many of the animals fell victim to poaching. The NABU’s anti-poaching unit called “Gruppa Bars”, translated “Group Snow Leopard”, found three of the cats caught in iron traps. They suffered permanent damage to their paws and couldn’t survive in the wild anymore. Accidentally, they bred and now there are two young living there, too. There are no plans for further breeding. “After all it is a rehabilitation center and not a zoo,” says the NABU.

Compared to the early 2000s, poaching has decreased and now most NGOs in the area focus on high-tech monitoring. The NABU’s “Gruppa Bars” is not only hunting poachers anymore but also installing photo traps at high altitude – not an easy job. The men have to cross rivers and climb steep rock faces, often in snow or tight fog. The more they are happy when they catch a leopard on one of the photos.

I went with them on one of their trips in the Tien Shan Mountains. First, I was worried that I wouldn’tbe able to keep up. Keeping up with climbing turned out to be much less of a problem than keeping up with drinking. Vodka is believed to be an excellent medicine for altitude sickness. Not that I had any at 3800 meters but the guys were seriously worried about my health. They insisted I take preventive measures.

The next day, I had to stay at the car. No, not because I was hung over, but because I fell into the river on the previous day (completely sober!). My hiking shoes were soaked.

We spent the night at the Biosphere Center in Balykchy, west-side of Issyk-Kul. There I saw it, an incredible picture of a snow leopard in the wild: angle from the side with views of the mountains – all in color, of course. As I would later find out, it was shot on film, not digital, with a really cheap old camera trap. I had to have this picture for my article. But no one knew who took it.

After some detective work, I got in touch with Kuban Zhumabai, a biologist working for the Seattle-based NGO Snow Leopard Trust (SLT). He explained to me why it is so important to know exact numbers and locations of the cats. “This information allows us to identify the areas where we need to focus on to conserve the snow leopard”, he says.

Next year, he will set up 40 state-of-the-art camera traps. “To distinguish certain individuals based on their fur pattern, we have to set up two cameras at each location, opposite of each other”, Kuban says. “This way, we get photos of both sides of the cat. This makes it a lot easier to identify the animals when we photograph them the next time. Their coat pattern is unique – like a fingerprint.”

He tried to prove this to me and let me look at different photos of snow leopards. “Same cat or different cat?” he asked every time. It was a fun game. Suddenly, I saw the picture I was looking for, it was on his computer. I can’t describe how excited I was. Without hesitation, he gave me the picture for use with my article. I believe that it was this photo that got the story into the German edition of National Geographic.