Is Switzerland the new Lake Garda?

To start with, the name sounds unfamiliar: “What is it called again, Bierwaldstättersee?” Simone asks on the phone. – “No, not beer, but Vierwaldstättersee“, I repeat, as I describe the destination, the Lake of Lucerne. Therefore, later, the Lake is always referred to as “Biersee”, translated “Beer Lake”. My VW bus friends from Munich had come to visit me. But the more than 100-square-mile-sized lake in Central Switzerland, seems not to be easily found. The next call comes late at night: “We are in Italy!“ 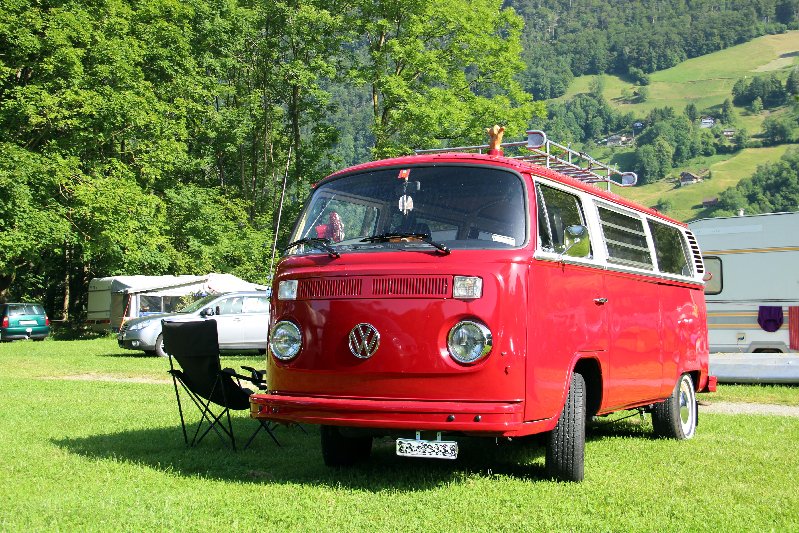 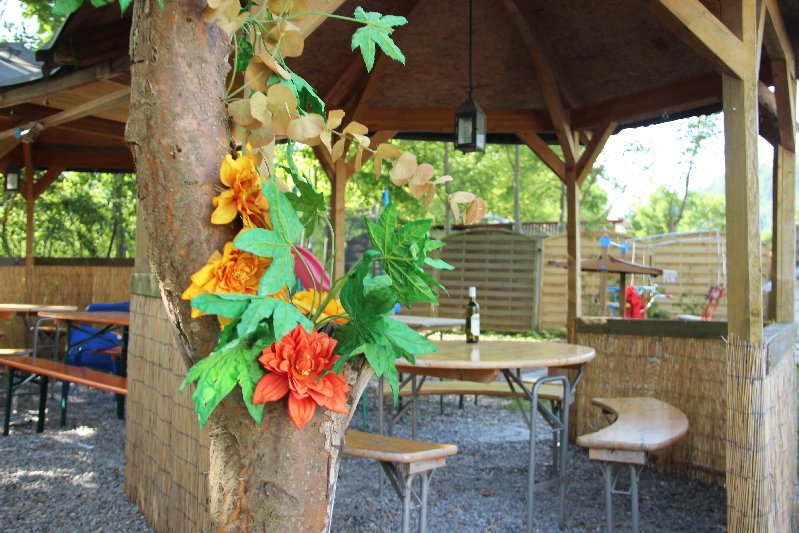 Luckily, the boys and girls did not get lost all the way to Italy, but only up to Ticino, an Italian-speaking part of Switzerland. So they spend an extra day at the Lake Maggiore, home of expensive cappuccinos and the famous James Bond bungee jump, as I was told. 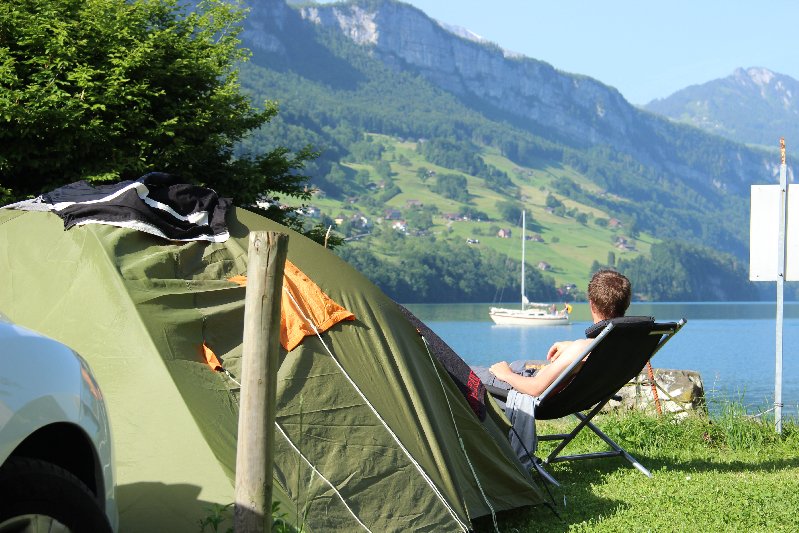 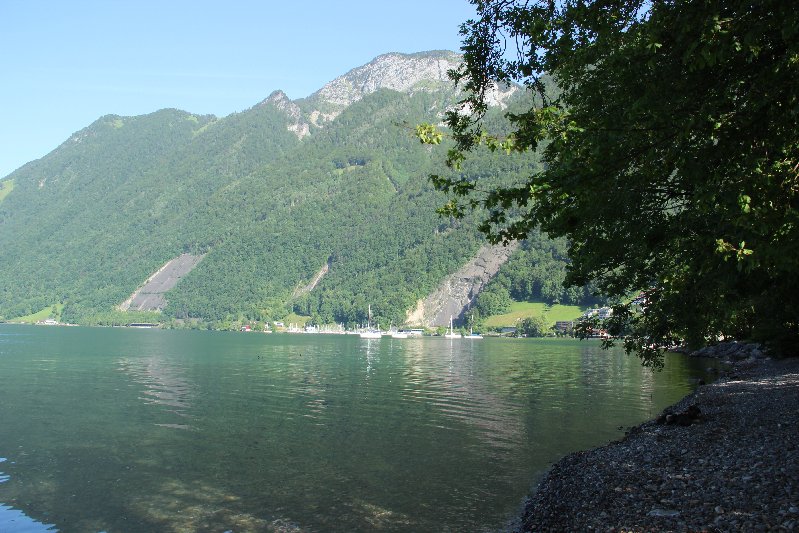 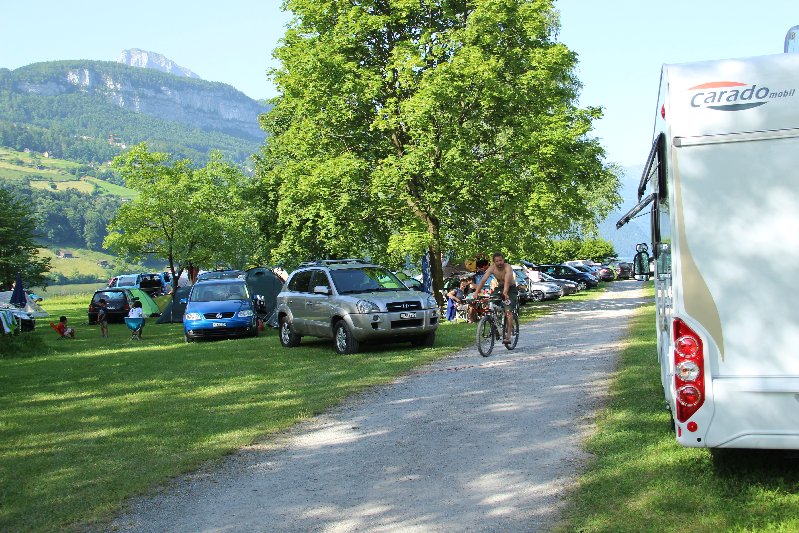 But it is not Lake Maggiore that seems to be an ideal Lake Garda alternative, but rather the “Beer Lake” whose southern bank is located directly at the Alps of the Canton of Uri, an insider spot and just as an outdoor sports paradise as famous Lake in Northern Italy: Surrounded by mountains, with clear water and enough wind for surfers and sailors. In the area, there are plenty of mountain bike and race bike trails, climbing routes and extensive serpentine roads for motorcyclists. 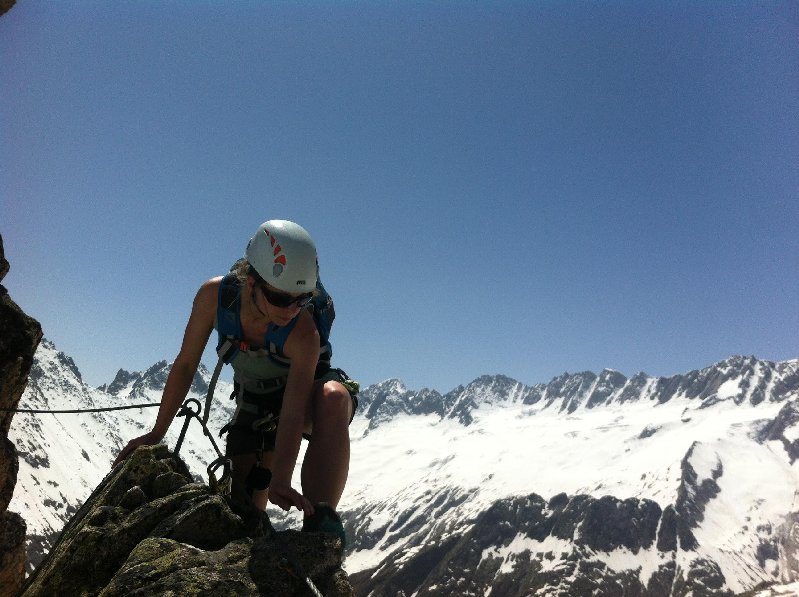 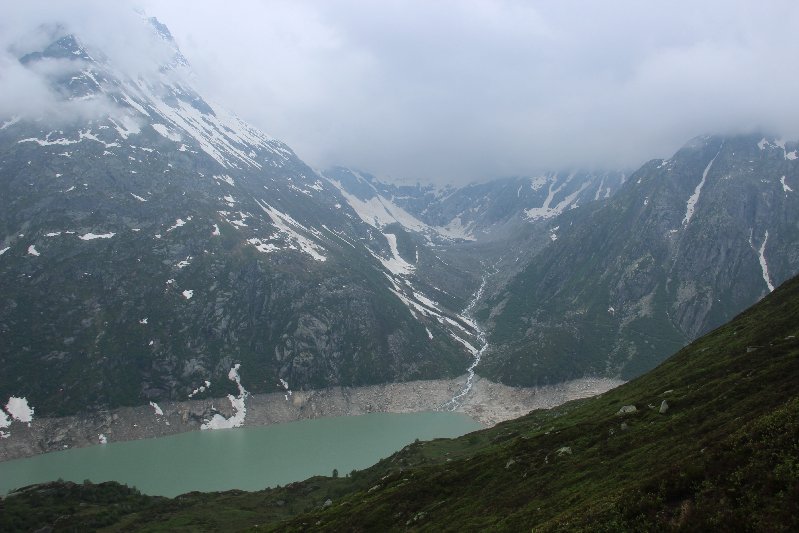 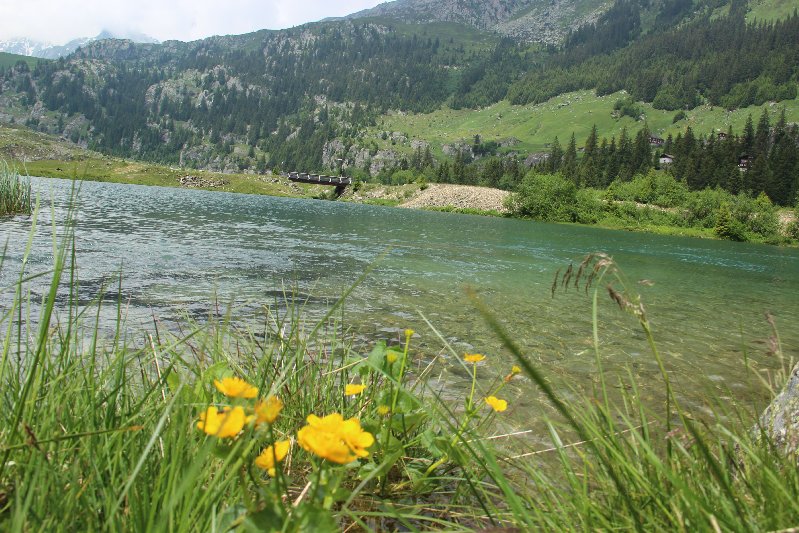 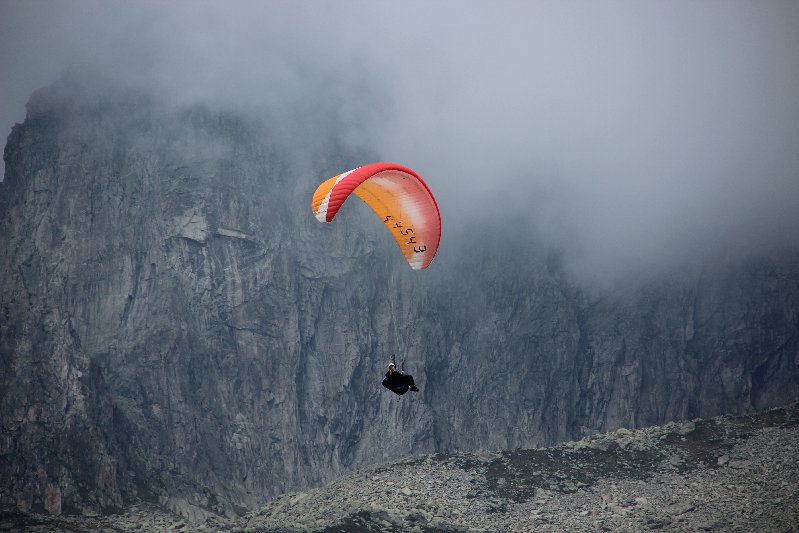 There are several options for hiking or climbing a via ferrata, like for example, the Göscheneralp. You can reach the restaurant called Dammagletscher at the water reservoir, either by car or stay over night at the only mountain campground in the canton of Uri. From the guest house at the dam, it is then a crisp but scenic 2.5-hour-hike to the Bergseehütte at 2370 meters altitude. Who has no gear for the via ferrata can rent it at the hut, then set out to defeat the “Crocodile“. In addition, the “Diavolo“ at the Schoellenen is also a popular via ferrata option in the area, however, it is better reached via the winter sports resort Andermatt. 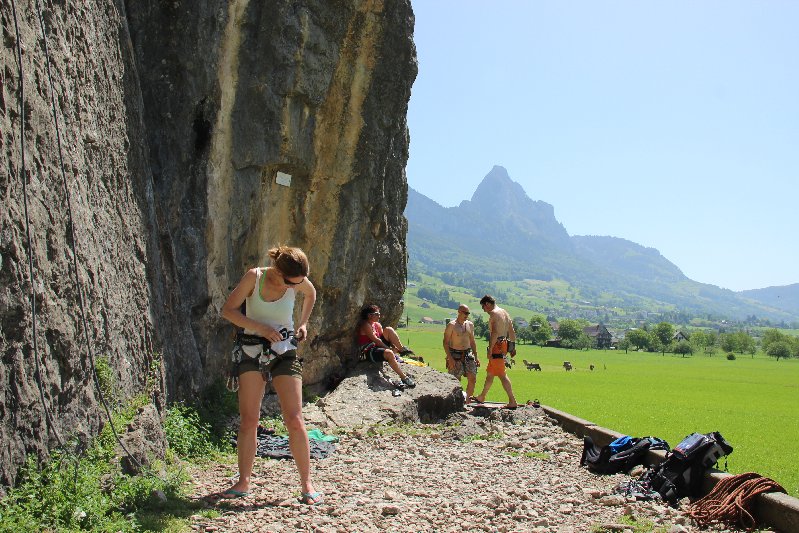 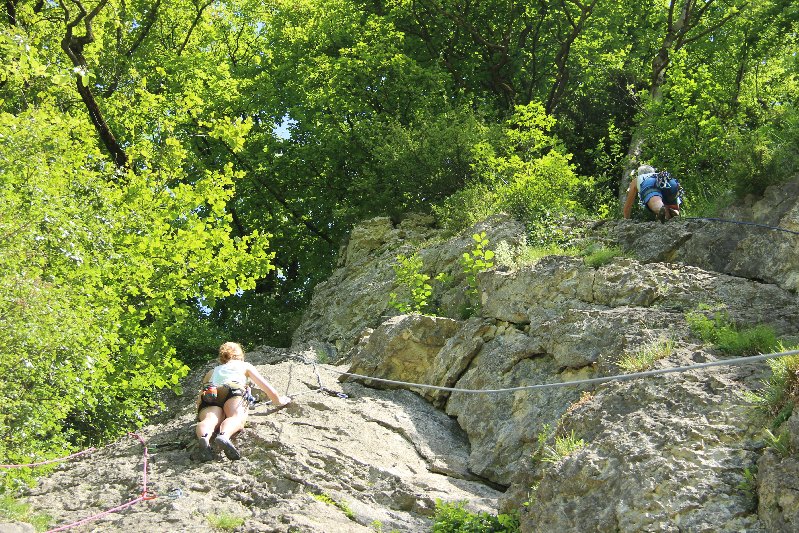 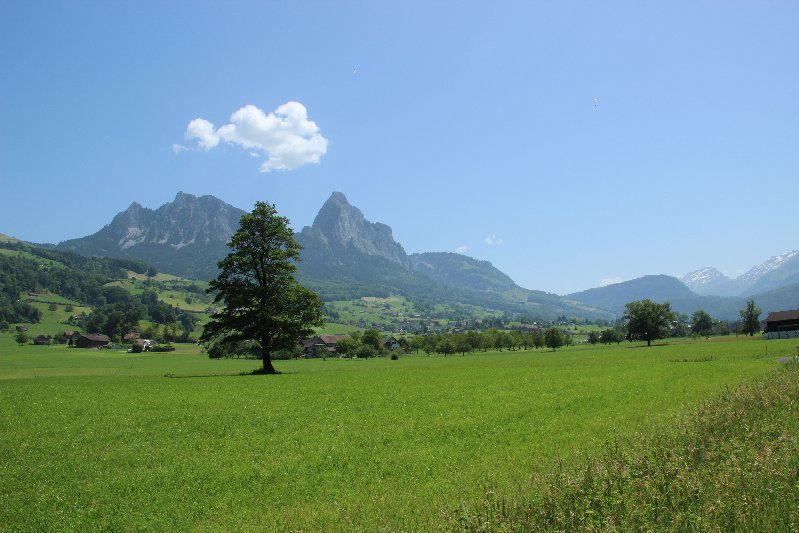 Those who brought their rope, can try out one of the many climbing walls in the area. For a little interlude in the blazing midday sun, we went to the Chämiloch at Seewen because it was the closest to our campsite at the village Brunnen. The only catch in Switzerland, compared to Italy, are the prices. Cheap B & Bs cost 120 Swiss francs (CHF) per night, equivalent to about 100 Euros. Restaurant and supermarket prices are hearty, so bring your own is recommended. Camping, however, is surprisingly cheap. The campground Hopfreben is a quiet one in the countryside, right beside the lake. One night costs 8 CHF per tent and 12 per car. Just as Lake Garda, providing your own transport makes life much easier, but there is ample “public transport” in Switzerland. In the mountains of Uri buses are called “Postauto”, translated “mail car”, for historical reasons. 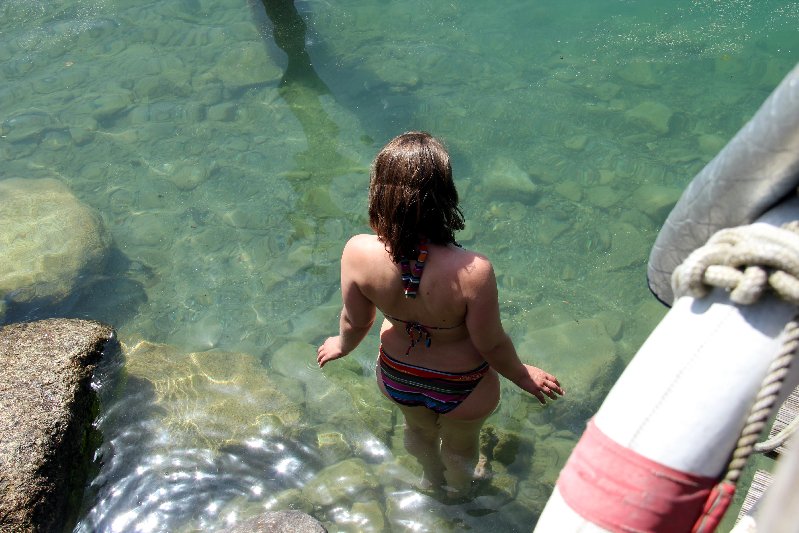 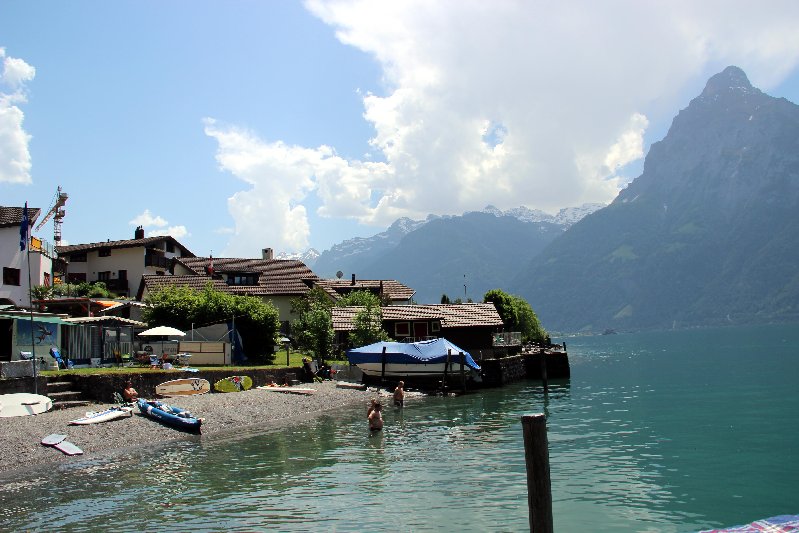 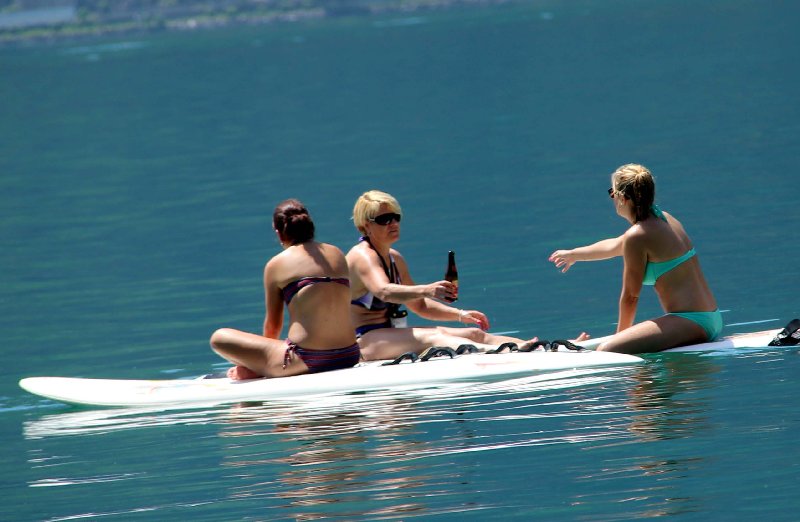 Before heading back home, we again jump  into the refreshing water, this time from the dock of another camping ground called “Windsurfing Lake Uri” at the village of Flüelen. There you can rent water sports equipment of all kinds, from kayaking to wakeboarding, but the prices are much higher than those in the windsurfing paradise Torbole at Lake Garda, especially for courses.

If, after the strenuous outdoor program, you feel like you want City life, you can stroll along the esplanade in Lucerne and treat yourself to either a cool Feldschlosschen (Swiss beer) or a Glace (Swiss word for ice cream) on the boardwalk. For better communication with the locals and the total “Swissness“, you can occasionally peak inside the Swiss Idiotikon. Here is a short add-on concerning vehicles: velo, töff and schießtrack which translate to bicycle, motorcycle and shit.